Sir Anthony Hopkins returns as cannibalistic serial killer Dr. Hannibal Lecter in "Hannibal," the follow up to the Oscar winner "The Silence of the Lambs."

AFTER “The Silence of the Lambs” (1991) swept the Oscars winning the Big Five – Best Picture, Best Actor for Anthony Hopkins, Best Actress for Jodie Foster, Best Director for Jonathan Demme, and Best Adapted Screenplay for Ted Tally – everyone assumed author Thomas Harris had another sequel in the works.

Seven years later Harris finally delivered, resurrecting cannibalistic serial killer Dr. Hannibal Lecter and FBI Special Agent Clarice Starling in “Hannibal” (1999), the third book in the series. Husband and wife producers Dino and Martha De Laurentiis bought the movie rights years before it was published, hoping Hopkins (Hannibal Lecter) and Foster (Clarice Starling) would return. But a year before the thriller hit retail, Hopkins announced to the world that he was done with acting. “To hell with this stupid show business, this ridiculous showbiz, this futile waste of life,” he said in a statement.

Then, after months of speculation, Foster decided not to return as Clarice. The story is she didn’t like the direction David Mamet’s adapted script took the character, which was quite different from the book.

Next, Demme sent the De Laurentiis a FAX saying he, too, would not return. “I was utterly shocked” by his decision, Martha says during the 85-minute “Breaking the Silence Making of” documentary on the enclosed Blu-ray. Eventually, word got out that Hopkins was back to acting and was in Rome filming “Titus.” Martha called the British actor, who agreed to reprise his role “If the director was right and the script was good.” The novel was a concern for Hopkins who called it, “overreaching and bizarre.”

The 250-room Biltmore Estate in Asheville, N.C. was used as the mansion for Mason Verger.

Clarice interviews the disfigured Verger, who's offering $3 million for credible information for the location and fingerprint of Dr. Lecter.

Dr. Lecter has created the alias of Dr. Fell, a wealthy art curator at the Capponi Library in Florence, Italy.

The producers decided to reach out to director Ridley Scott, who was three weeks away from finishing principal photography for “Gladiator.” “I was standing in the Roman Coliseum when I got the call from Dino,” Scott says. They forward a copy of the book, which he read in just over a week. “Once, I was in, I was in,” he says.

During Scott’s commentary, also included on the 4K disc, he describes the changes from book to script: “When you’re adapting a book that’s 600 pages long, it becomes a sort of a jigsaw puzzle to make it work as a movie.” Screenwriter Steven Zaillan (“Schindler’s List”) was recruited to replace Mamet and fine-tune the script.

Then Julianne Moore (“Boogie Nights,” “Still Alice”) was brought on board to take over as Clarice, who Harris describes as a “straight arrow.” During the opening scene, she oversees a joint FBI and DEA raid on a notorious drug dealer/gunrunner in the Washington D.C. and Baltimore area. Scott originally tried to eliminate the scene since he felt another “Hollywood style shootout” was redundant. Eventually, he realized its importance as it represented how Clarice became an F.B.I. scapegoat for the operation that killed five drug dealers and an agent. She’s reassigned to desk duty, which leads her back to fugitive Dr. Hannibal Lecter.

On the loose for 10 years since his end-scene escape in “The Silence of the Lambs,” Lecter has become a wealthy art curator in Florence, Italy. He sends Clarice a letter, just staying in touch. Along with the FBI, millionaire Mason Verger is also on his trail. Verger, another criminal psychotic, wants revenge, and is offering a $3 million reward. Once one of Lecter’s patients, he was convinced to cut off his own face and feed it to his dogs – a highly entertaining scenario for the doctor. The moment is mostly filmed in the shadow, thank goodness. Now he has plans to feed Lecter – alive – to a pack of wild boars specially bred for this purpose. Gary Oldman, at the top of his manic game, plays the disfigured Verger. It’s also hard to forget the sizzling scene between Lecter and FBI agent Paul Krendler played by Ray Liotta, which was all the buzz when it hit theaters in February 2001.

Hannibal mails the letter from Florence.

Hopkins is still a convincing Lecter. Scott provides great backup, giving the gothic thriller an agreeable cinematic touch. Still, although entertaining, it’s not in the same league as “The Silence of the Lambs.”

“Hannibal's” worldwide box office landed at a respectable No. 10 for the year: $351 million from a nearly $90 million production budget. Its counterpart, “The Silence of the Lambs,” ranked No. 5 in its outing, making $272 million from a much smaller $19 million budget.

“Hannibal” marks the first 4K Ultra HD release from Kino Lorber Studio Classics, and features a stunning new 4K master struck from the original camera negative (1.85:1 aspect ratio) and supervised by cinematographer John Mathieson. We’re not sure if KL or MGM commissioned the restoration, but it’s a welcome sight, with just the right amount of natural film grain throughout. Both the 4K disc and Blu-ray are both sourced by the new master and both look great, but the edge is clearly evident on the 4K. It has the added film grain; general detail is sharper, and colors more nuanced. Complexions look more authentic, i.e. additional freckles on Moore’s face in close-ups composed by Scott and Mathieson. Wide shots are magnificent, particularly those filmed in Florence, and at the 250-room Biltmore Estate. Built between 1889 and 1895 by the Vanderbilt’s in Asheville N.C., it’s the largest home in America.

Mathieson adjusted the HDR toning and color palette toward the darker side. The film is less saturated on the 4K, giving “Hannibal” a post-film noir appearance, while keeping highlights in check and balanced, and shadows blacker and more detailed. Comparatively, Blu-ray colors seem garish and oversaturated at times. 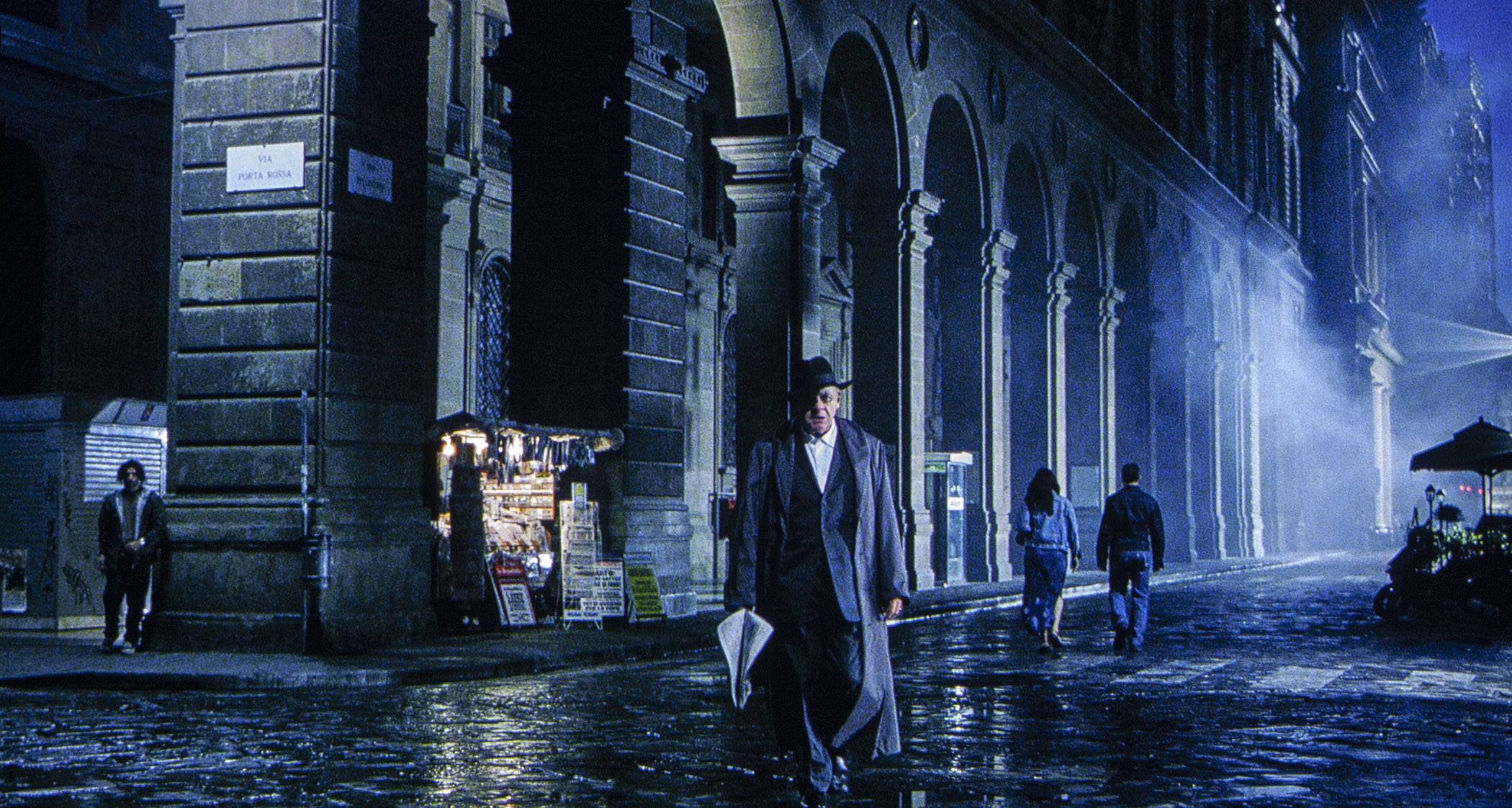 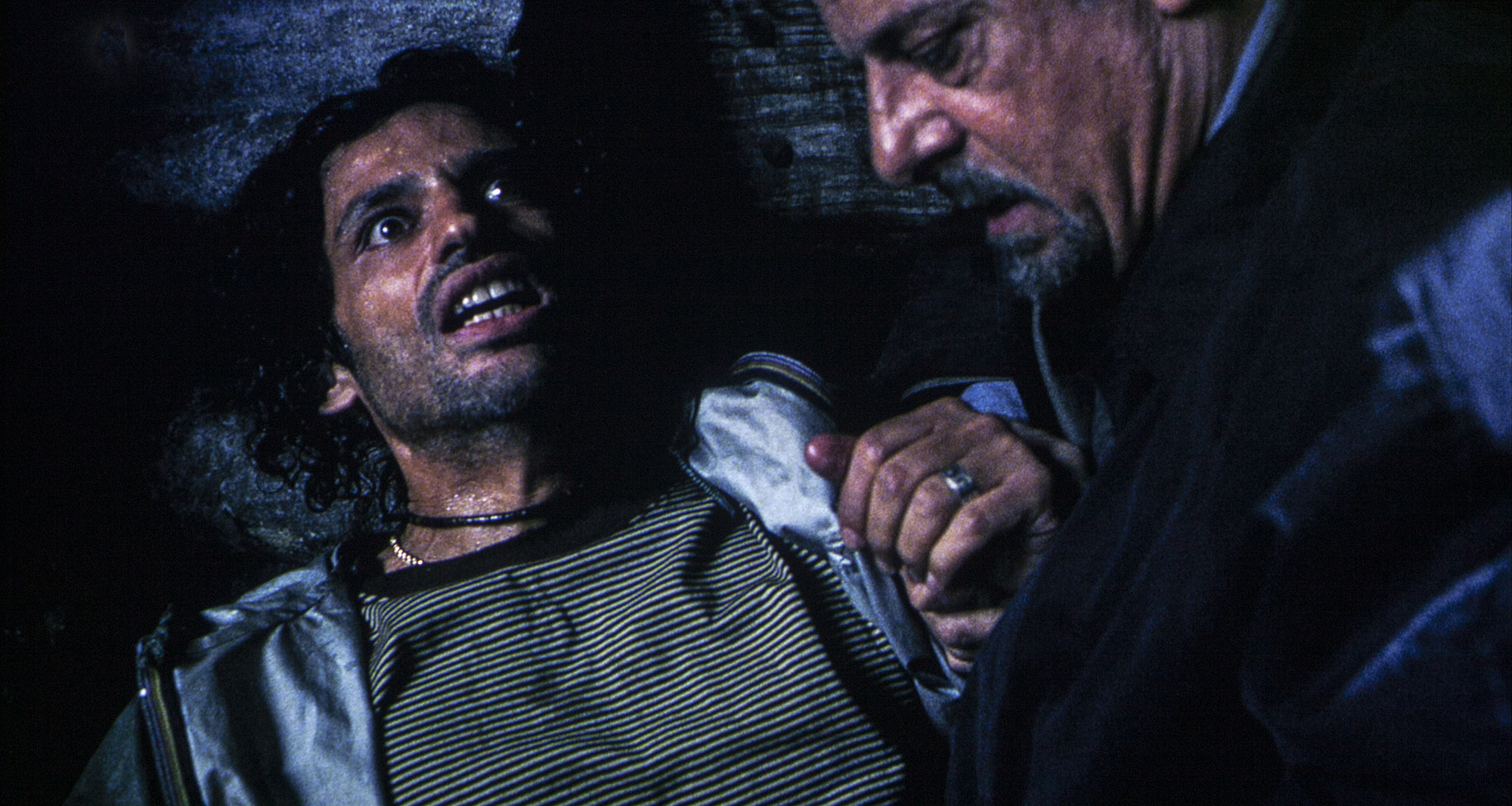 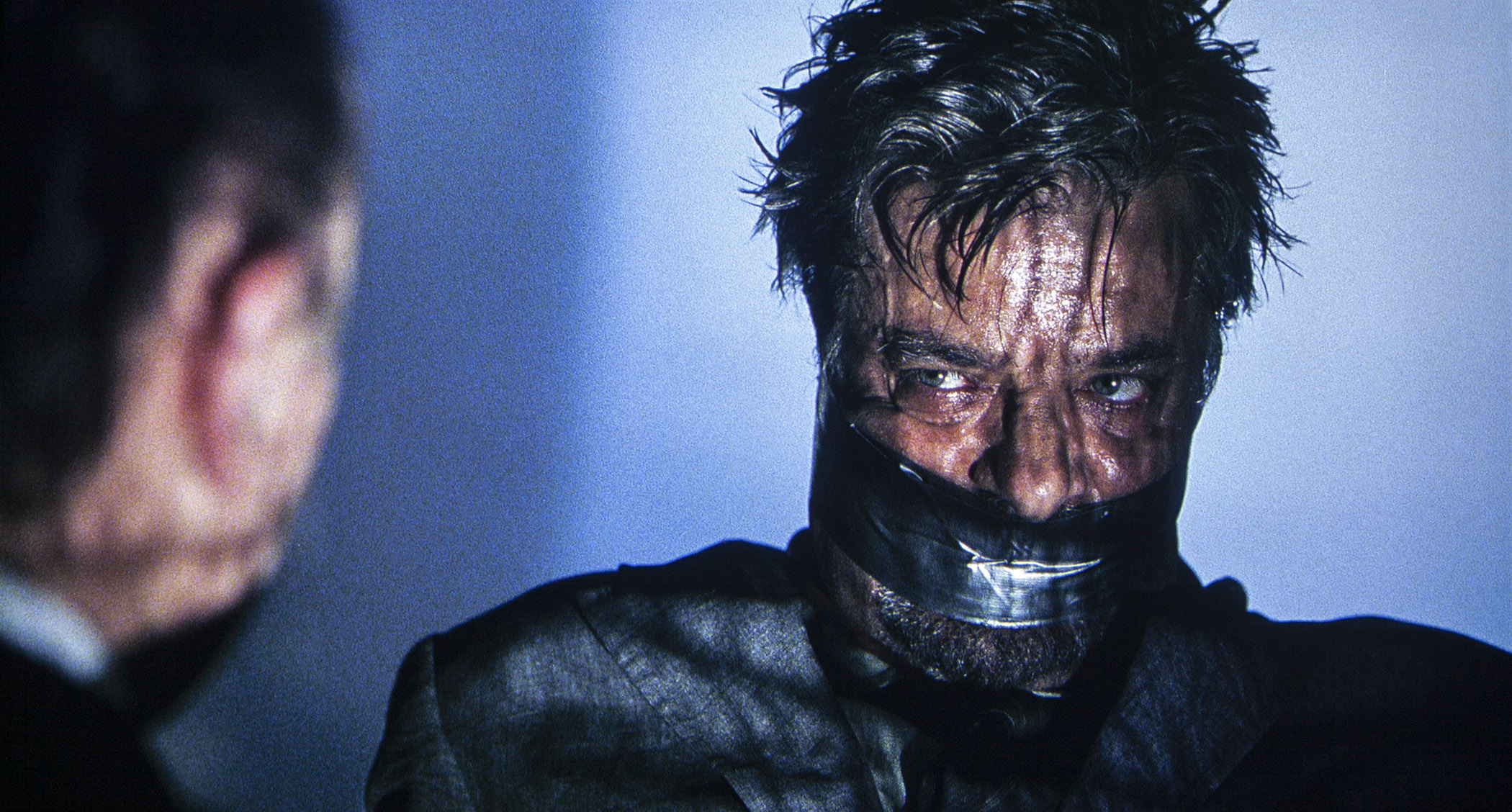 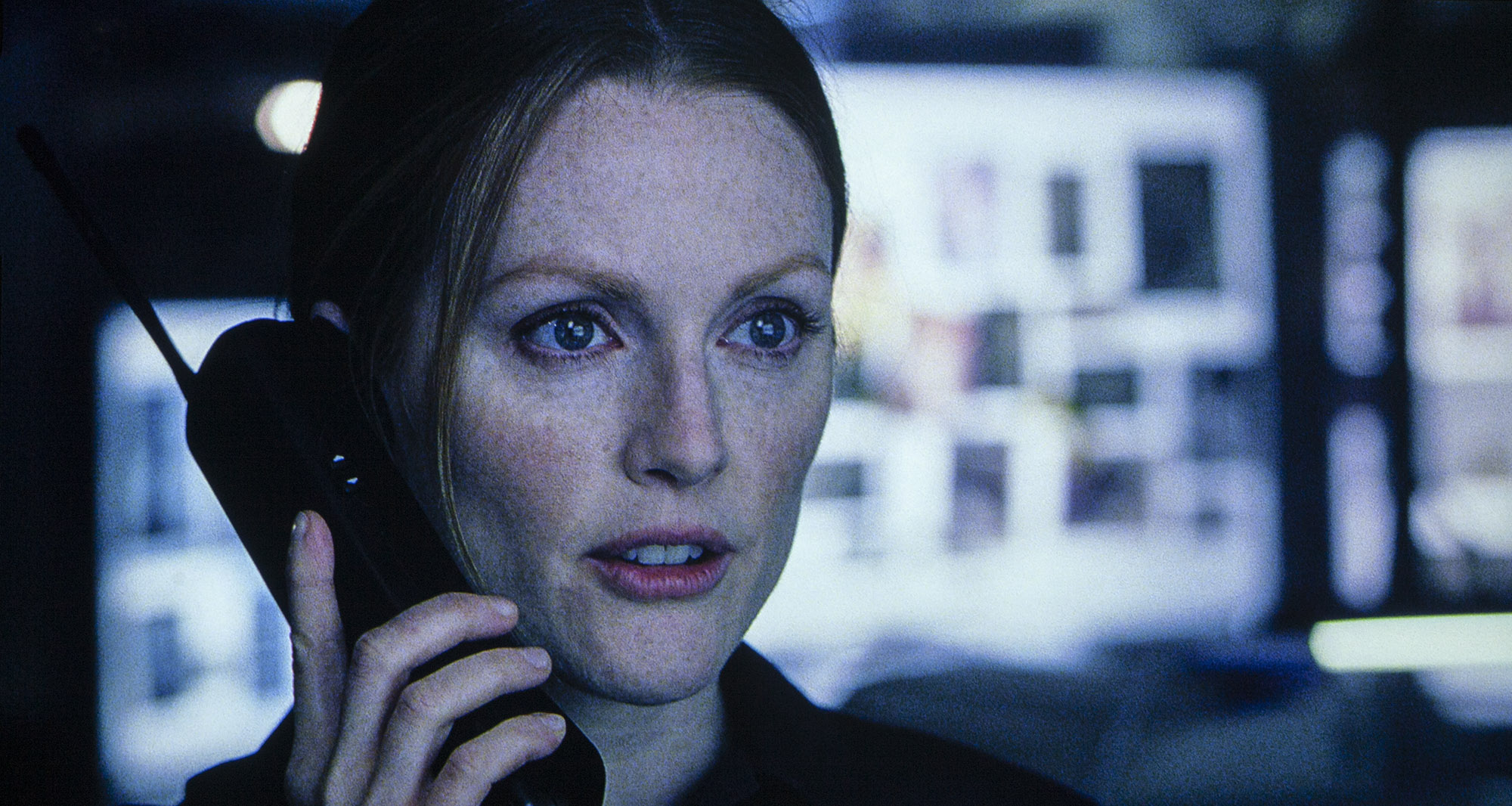 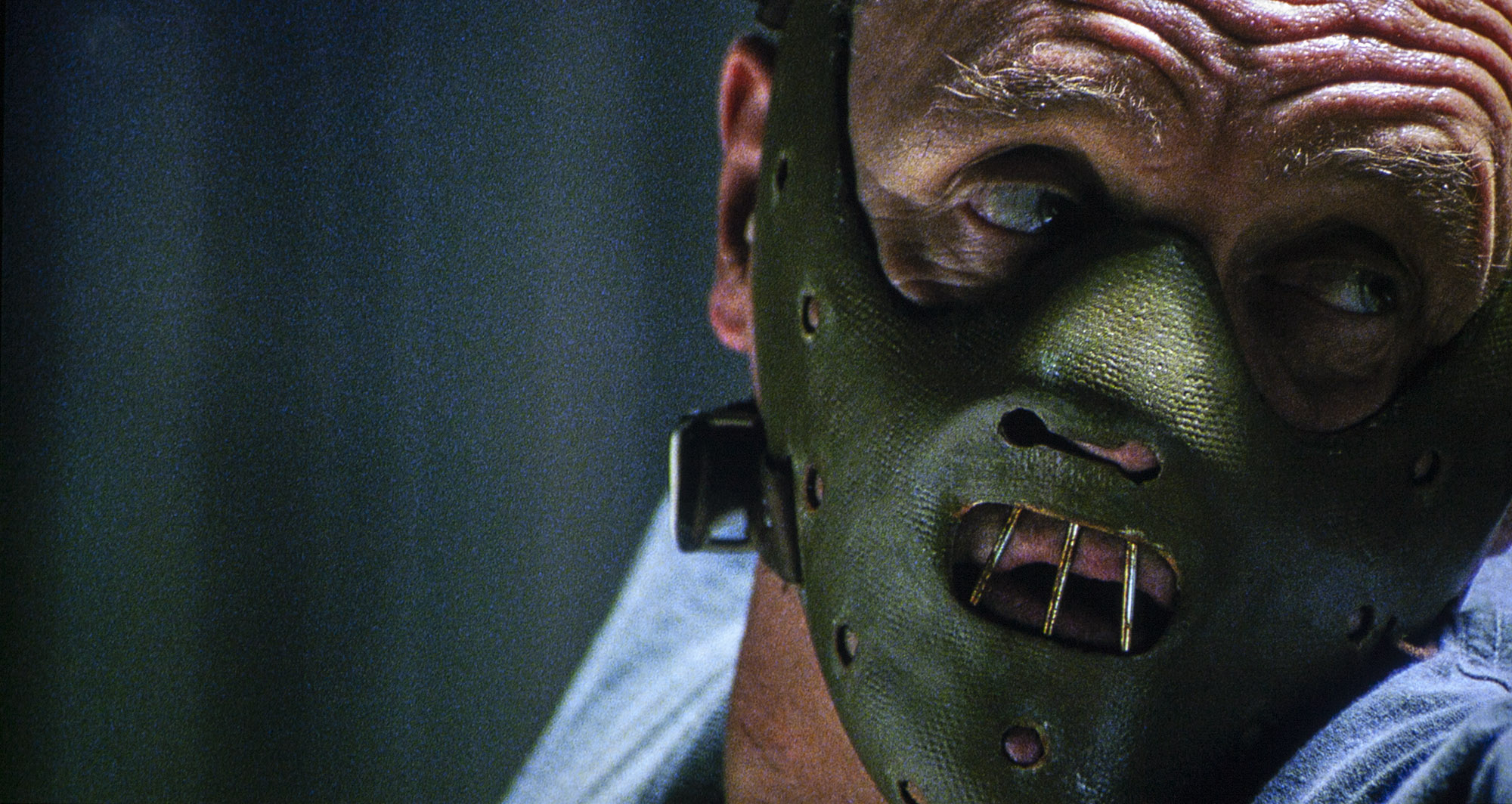 (1&2) Insp. Pazzi hires a pickpocket who tails Hannibal, hoping to get a fingerprint, but Dr. Lecter notices the young man and kills him. Insp. Pazzi grabs a metal bracelet that may have Lecter's fingerprint. (3) Hannibal captures Pazzi. (5) Lecter's mask, made famous from "The Silence of the Lambs," is resurrected for "Hannibal."

The 4K and Blu-ray both include the DTS-HD six-channel soundtrack, which is mostly front and center – except for the shootout sequence. Composer Hans Zimmer’s score is filled with classical influences including Italian operas, which adds to the surround sound environment in the room.

The enclosed Blu-ray ports in the majority of earlier bonus features including the nearly 90-minute, standard-def making-of documentary, with interviews with the cast and crew. “Anatomy of a Shoot-Out” shows 47-minutes of raw multi-camera footage from the Fish Market scene, allowing viewers to become film editors. Scott provides nine-minutes of his “Ridleygrams,” the director’s creative storyboards, which he considers the first visual look of his films. He started drawing as a kid and spent seven years in art school. Scott drew all of the boards for “Hannibal,” visuals that begin in his mind that graduate to thumbnail sketches then detailed drawings. There are also 33 minutes of deleted and extended scenes with director’s commentary.

Kino Lorber should be applauded for their first 4K release, which includes a lavish picture. Let’s hope more are in the pipeline. 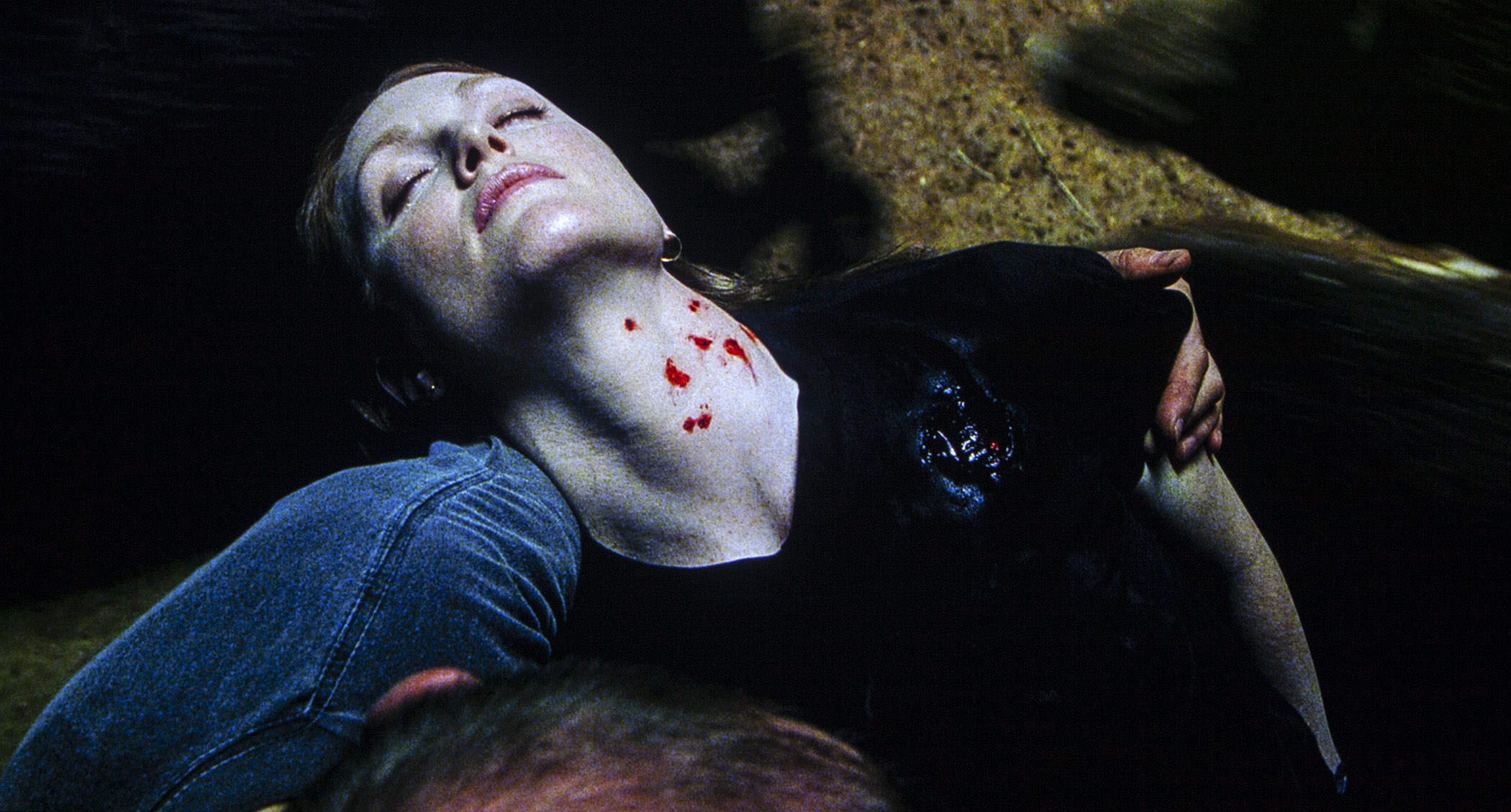 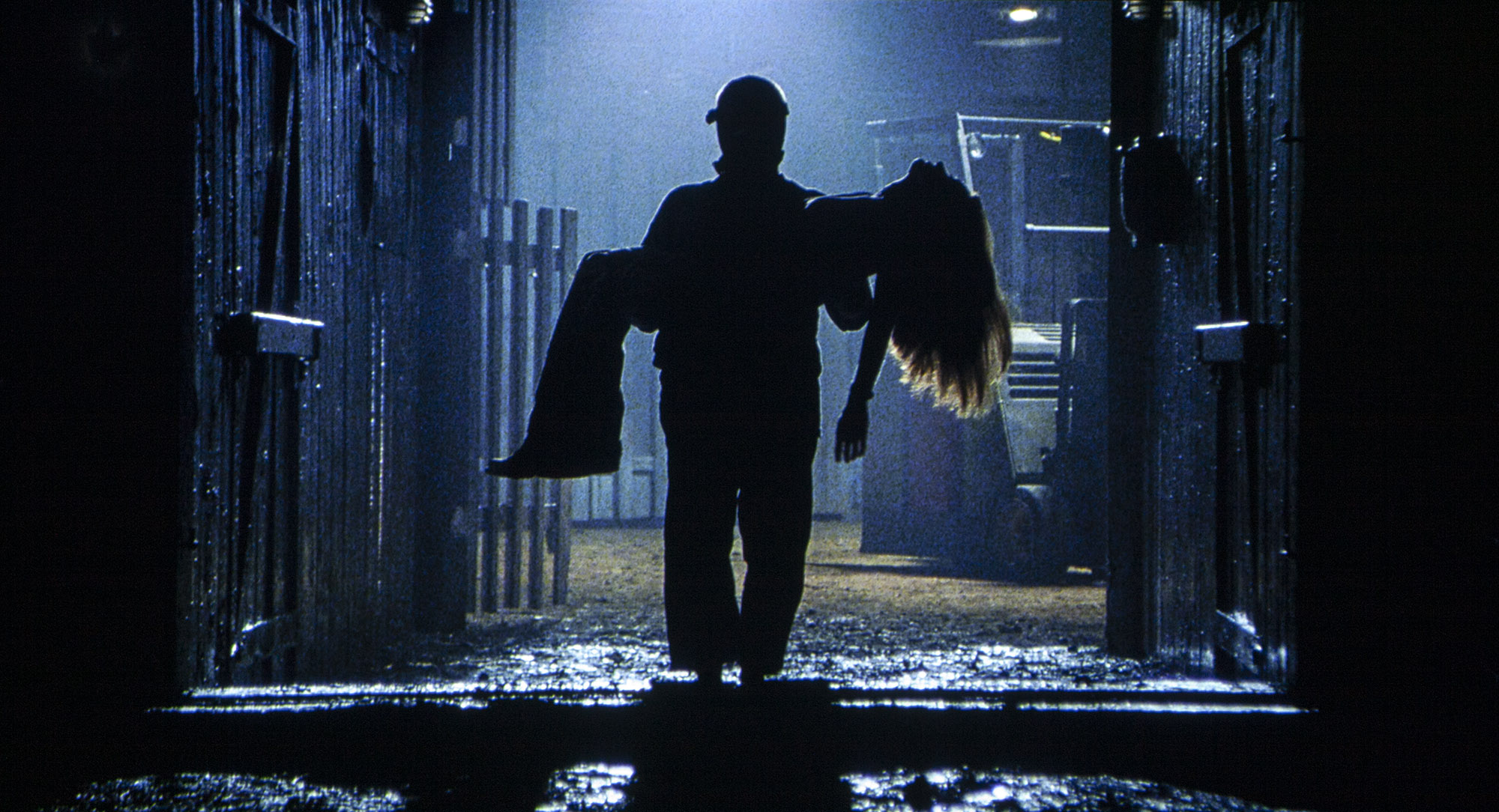 Hannibal saves Clarice from a pack of wild boars. 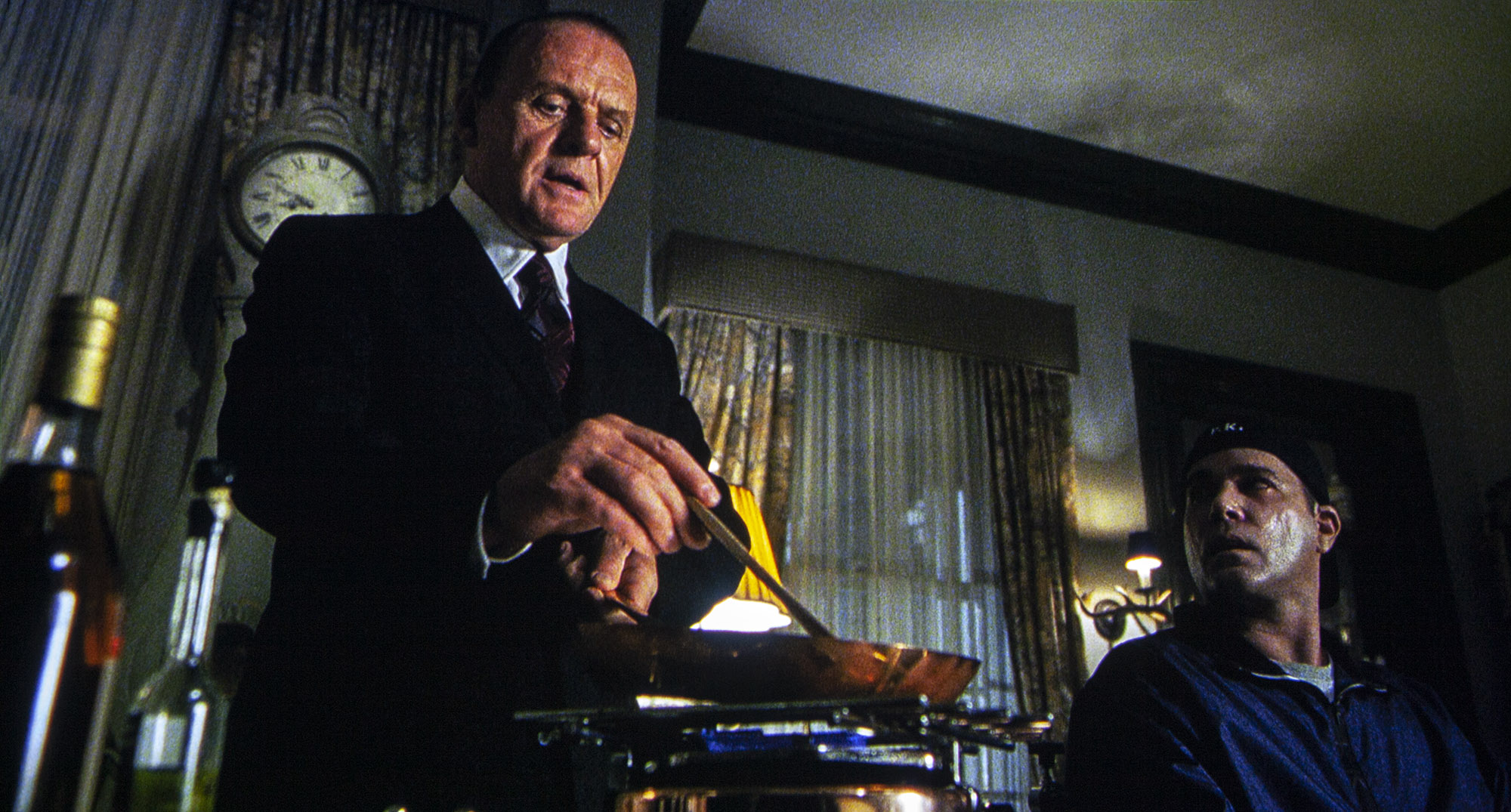 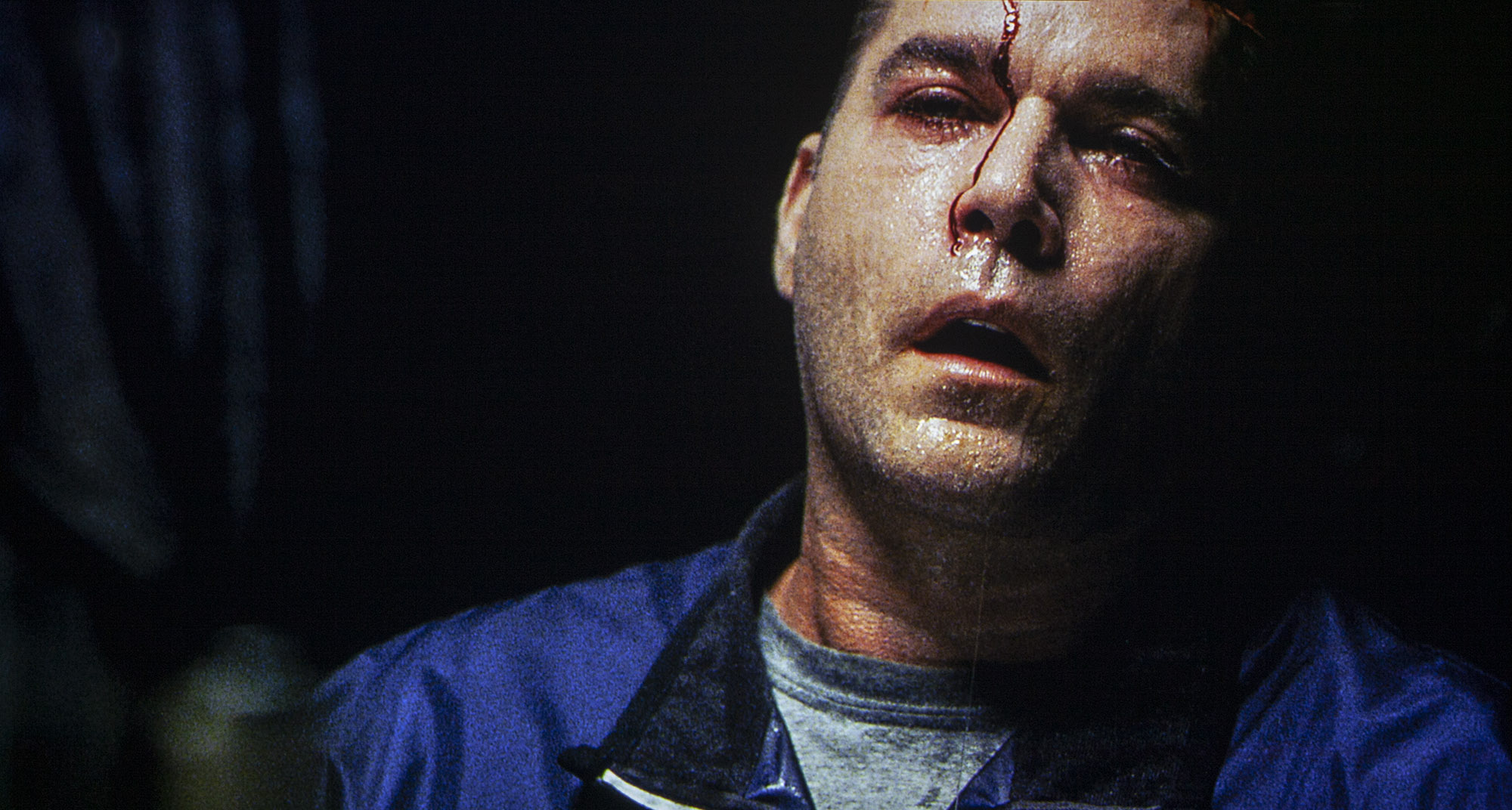 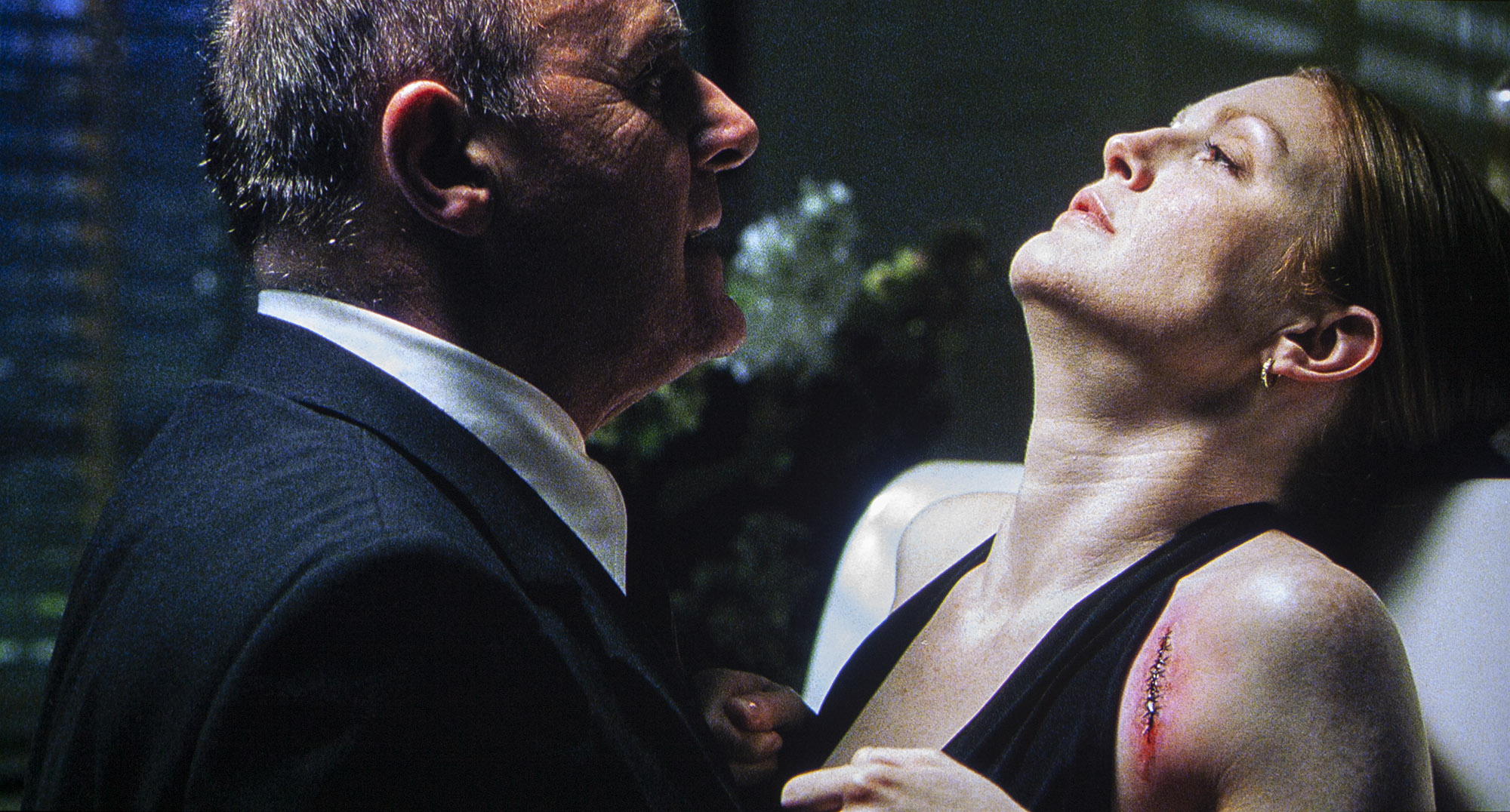