“Bumblebee” is everything a “Transformers” movie isn’t: smart, heartfelt and engaging 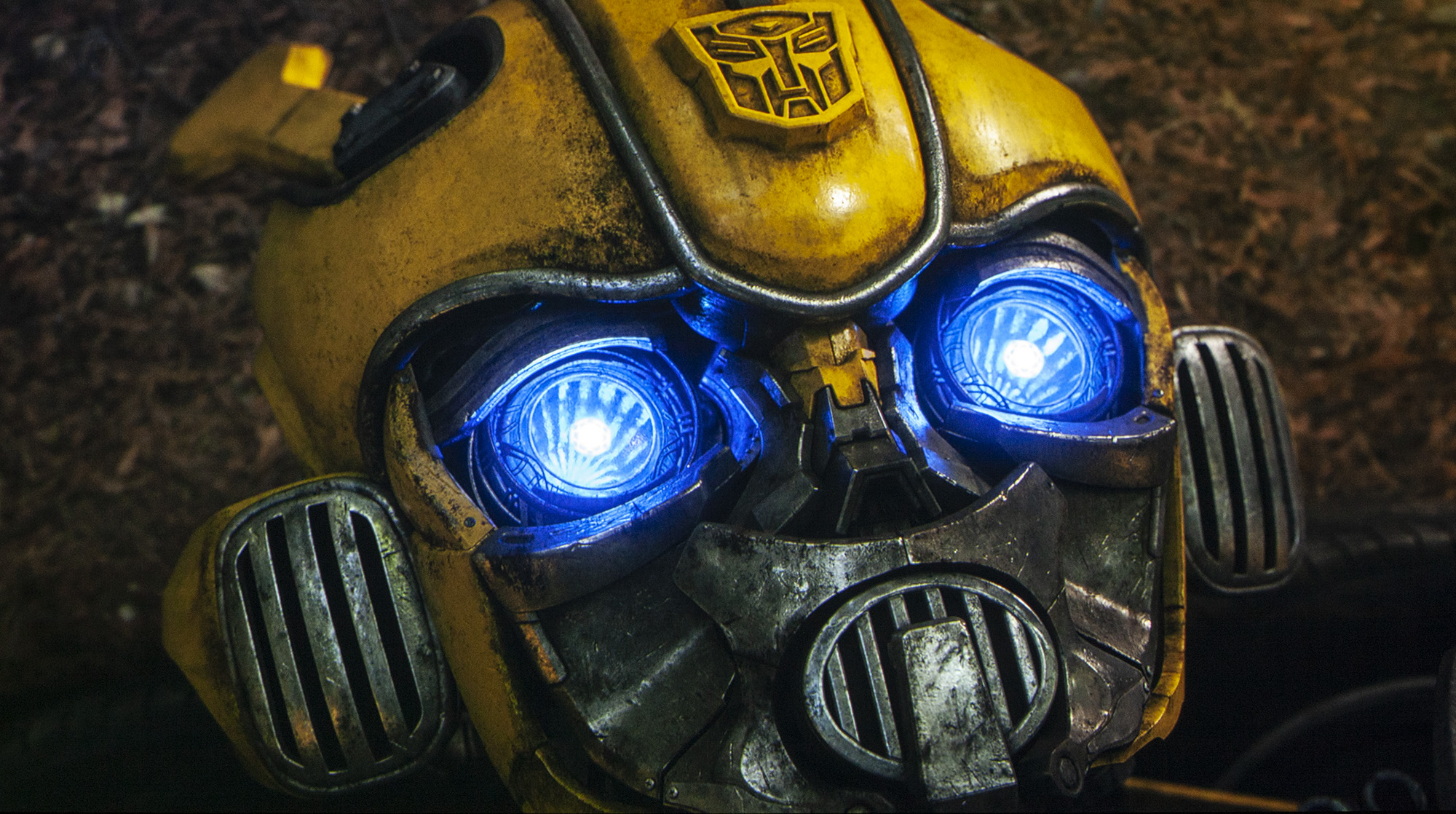 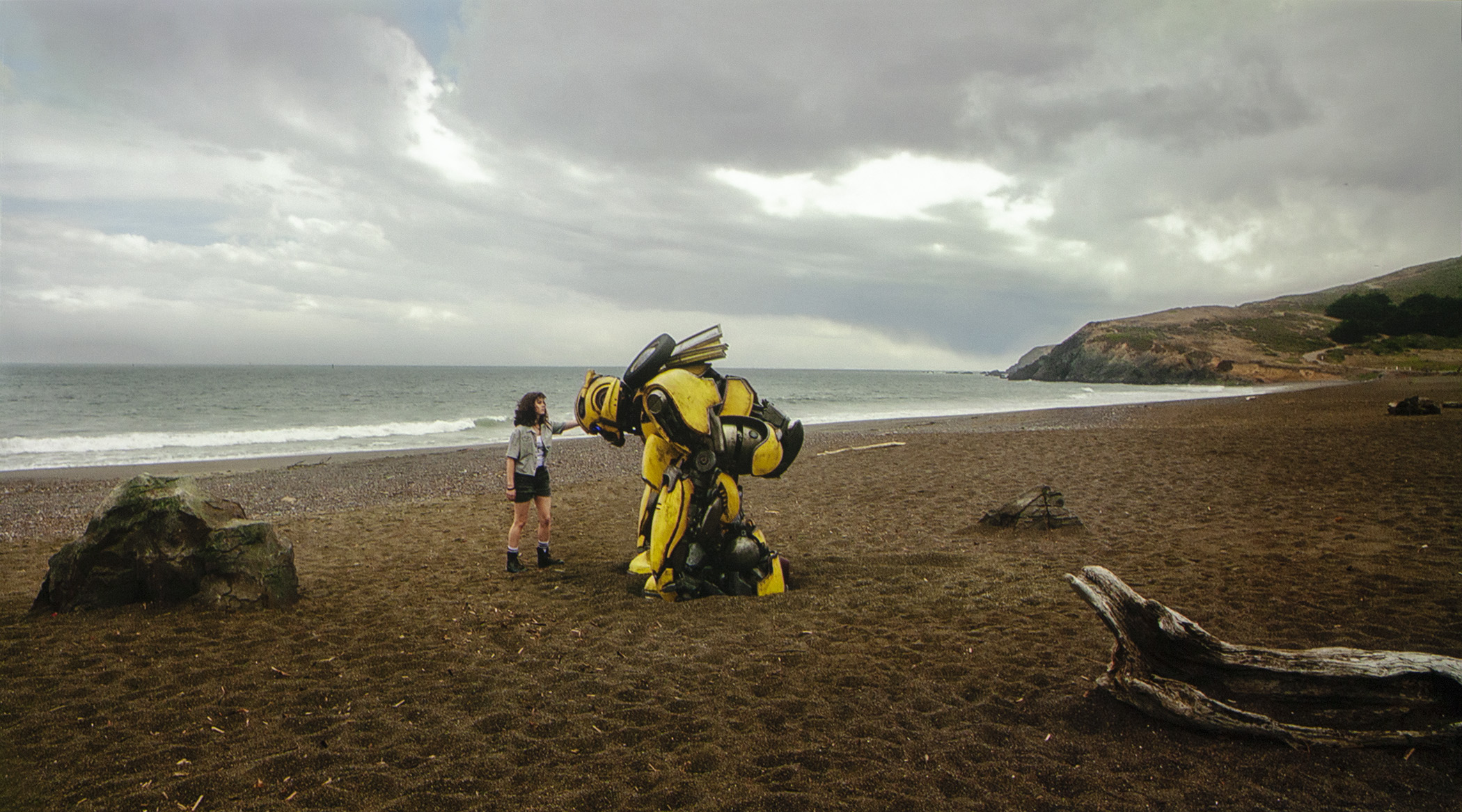 Teenager Charlie Watson (Hailee Steinfeld) takes Bumblebee to a secluded beach, so he can transform himself from a beat-up Volkswagen Beetle into Autobot B-127.

So, when the modest “Bumblebee,” a would-be prequel, hit theaters late last year, expectations for many, including myself, were it would be another waste of time.

Boy, was I wrong!

This smart and heartfelt film feels and breathes like a 1980s Spielberg movie, with just a sliver of the previous “Transformers” popping up at the beginning. It’s helmed by Travis Knight, a first-timer with live action, who’s spent his career creating charming animation with the likes of “Kubo and the Two Springs,” “Coraline,” The Boxtrolls” and “ParaNorman.”

“I was a child of the ‘80s and grew up loving those classic coming-of- age tales,” says Knight during the featurette “California Cruisin’ Down Memory Lane.” “Those types of films evoked three key responses – wonder, laughter and tears. They took you to worlds you never expected before and they kindled that side of your imagination.”

Optimus Prime sends rebel Autobot B-127 aka "Bumblebee" to Earth to set up a base after Cybertron falls during an intergalactic civil war against the Decepticons.
B-127 shows himself to Sector 7, a secret military agency.
Agent Jack Burns (John Cena) of Sector 7, has B-127 in his sights.
Hailee Steinfeld plays high school senior Chalie Watson, who works at a hot dog stand at a small amusement park north of San Francisco.
Charlie accidentally bumps into a fellow high school student with her tray of hot dogs and drinks.

He admits to using the “Transformers” canvas, but focused just on a corner “that’s intimate, character-driven and provocative.”

The production was filmed in Marin County, across the Golden Gate Bridge from San Francisco for its throwback suburban landscape. An empty lot was used to build an exterior of a house, with a fully functioning garage for misfit high-schooler Charlie Watson, played by 21-year-old Hailee Steinfeld (“True Grit,” “Pitch Perfect”).

A car buff, Charlie is restoring an old Corvette that she and her father worked on before his death. She’s still grieving while holding a summer job at a hot dog stand at a small amusement park, where the rich snobs pick on her. Her life at home is mediocre -- her mom (Pamela Adlon) stepdad (Stephen Schneider) and annoying young brother Otis (Jason Drucker) are more interested in watching “ALF.”

One of her favorite hangouts is the junkyard, where she stumbles upon a yellow, beat-up, 1967 Volkswagen Beetle. For her 18th birthday, she convinces Uncle Hank, who owns the yard, to let her take it off his hands if she can get it started.

Later that night, the yellow Bug ends up beside Charlie’s Corvette. When Charlie rolls under the VW, it transformers into robot B-127, a rebel Autobot sent to Earth by Optimus Prime (voice of Peter Cullen) to set up a base after Cybertron fell during an intergalactic civil war against the Decepticons.

The outer space CGI sequence only lasts three minutes before B-127 lands circa 1987, in the middle of paintball simulation battle led by U.S. Special Operations Agent Burns  (John Cena). They start blasting real bullets and missiles as the Autobot, surrounded by Burns and his men, turns himself into an Army Jeep. Meanwhile, two nasty Decepticons, Shatter (Angela Bassett) and trigger-happy Dropkick (Justin Theroux), are hot on the trail of B-127, whose voice box is destroyed during the Earthly encounter.

Charlie discovers B-127 at Uncle Hank's junkyard on her 18th birthday. She convinces him to let her take it off his hands if she can get it started.
Charlie drives Bumblebee to her garage and he transforms into B-127 aka "Bee."
Charlie's mom (Pamela Adlon), stepdad (Stephen Schneider) and annoying young brother Otis (Jason Drucker) watch an episode of NBC's alien series ALF.
Two Decepticons, Shatter (Angela Bassett) and trigger-happy Dropkick (Justin Theroux), arrive on Earth wiping out a 18-wheeler.
Shatter and Dropkick take aim at an earthling.

Charlie and “Bee,” develop a heartwarming friendship similar to the tender one between Elliott and E.T. in Spielberg’s classic. Both films were written by women, Christina Hodson penned “Bumblebee” and the Oscar-nominated Melissa Mathison wrote “E.T.” And just like other good ones from the same decade, “Wargames,” “Mac & Me” and “Short Circuit,” the adults are bound to derail the newfound relationship.

Speaking of relationships, Charlie’s neighbor, Memo (Jorge Lendeborg Jr.), has been trying to start one with our scrappy heroine for weeks.

Paramount includes a 12-page, glossy comic book about a secret, Sector 7 military team battling the Decepticon Soundwave at Yosemite National Park’s Half Dome granite cliff. It's also available as a 9-minute motion comic. The Blu-ray and streaming extras include nearly 20 minutes of deleted and extended scenes and bio sheets on each of the key robots from the Cybertron battle sequence.

The five-part “Bringing Bumblebee to the Big Screen” is the highlight. It begins with “The Story of Bumblebee” and features interviews with Knight, the producers and Brian Chapman, president of Design and Development at Hasbro, the U.S. toy company that developed the Transformers with Japan’s Takara Tomy in 1984. The youthful, lighthearted Bumblebee is his favorite character. “He’s a great warrior ... and saves the day.”

“The Stars Align” includes an interview with Hodson, who was determined that the storyline would focus on a teenage girl. “Charlie was a girl that I wanted to see on screen when I was growing up,” she says. “It was always a boy going on an adventure.”

“Bumblebee Goes Back to G1” relives the birth of the Transformer toys and cartoon TV series and in “Back to the Beetle,” Knight and company remember that the VW was the first car for many of them. “It evokes so many warm feelings and it has beautiful curves,” Knight says. “If you could give a car a hug, you would want to give the VW Beetle a hug.” “California Cruisin’” explores the film’s ‘80s backdrop. “We went back to our own childhood and experiences and brought so much of ourselves to it,” Knight says.

The military setup a roadblock and confront Shatter and trigger-happy Dropkick, with a super-bright HDR10 & Dolby Vision highlight from the sun.
Charlie and neighbor friend Memo (Jorge Lendeborg Jr.) go for a spin with Bumblebee at the controls, as the classic '80s song "Everybody Wants to Rule the World" from Tears for Fears plays on the radio.
Charlie is harassed by the rich girls for not jumping off a shoreline cliff into the Pacific Ocean. She had been a prized diver on the school's team before her father's death.

The 4K (disc and streaming) was up-converted from a 2K master and captured on 3.4K ARRIRAW digital camera (1.78:1 aspect ratio), which produces a striking 4K picture. The HD versions are also outstanding, but the HDR10 and Dolby Vision toning on the 4K are where it really shines, especially with its super-intense highlights from the sun and explosions. The palette is natural — the HD leans to an orange cast — and the black levels are first-rate during the nighttime finale without losing detail within the shadows.

Overall, the 4K gets the edge in sharpness and clarity with its close-ups and grand wide shots, while the FX shots from Industrial Light & Magic are impressive.

The eight-channel Dolby Atmos soundtrack that’s included on the 4K, Blu-ray and streaming sites wraps the room with effects and music from the height speakers to the rears and fronts. The collection of '80s hits is one of the best ever assembled for a movie. You’ll hear Steve Winwood’s Grammy-winning “Higher Love” as Charlie prepares Bumblebee for its first spin as well as hits from Bon Jovi, Duran Duran, Wang Chung, The Smiths, Sammy Hagar and Tears for Fears.

“Bumblebee” not only hits all the marks, it got an 80 percent rating from top critics on Rotten Tomatoes and earned $465 million worldwide. That’s what happens when you pass on Bay’s mindless action in favor of a thoughtful and engaging adventure.