Thirty years later, John Sayles’ masterful “Matewan” has lost none of its urgency 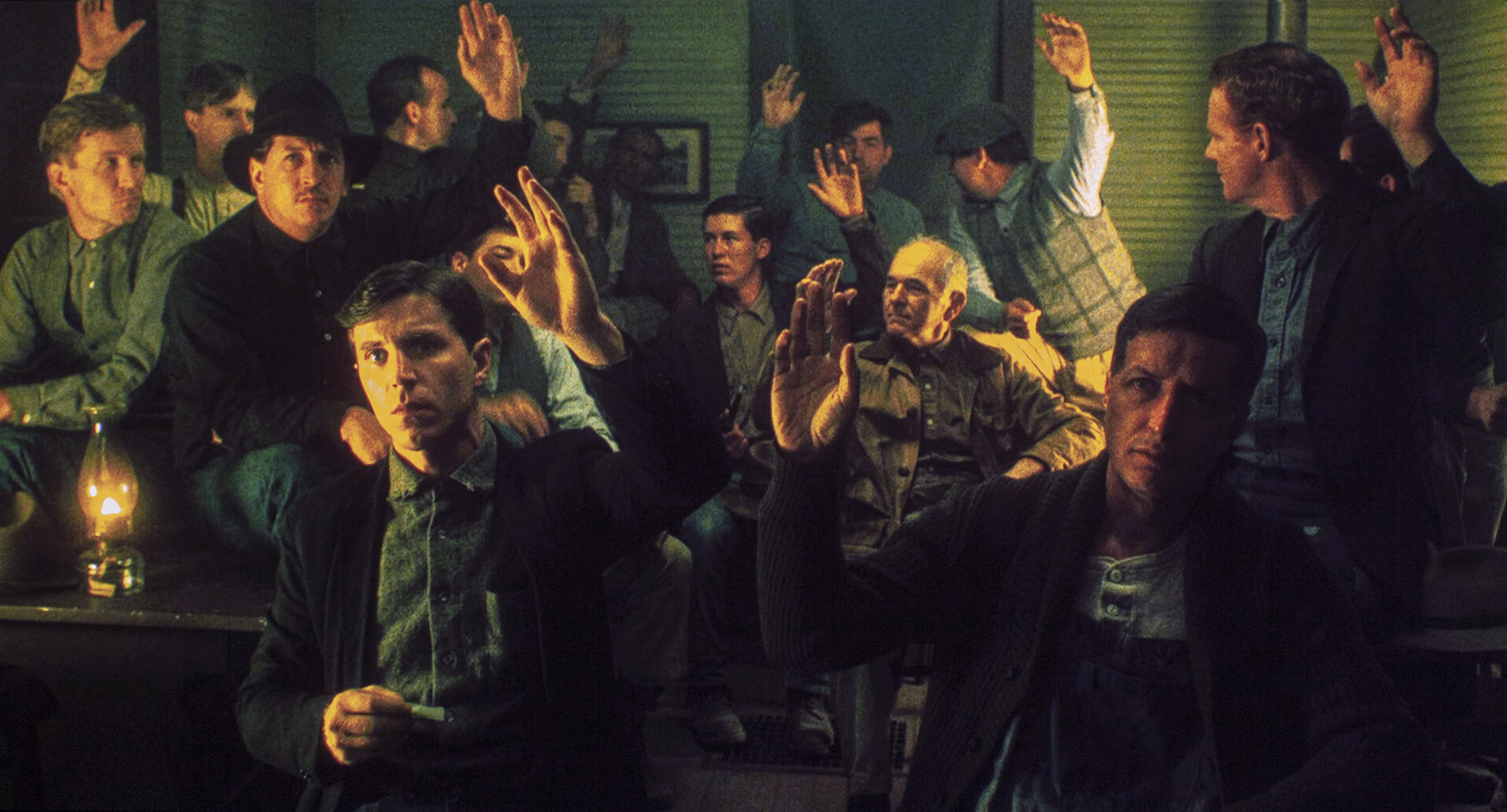 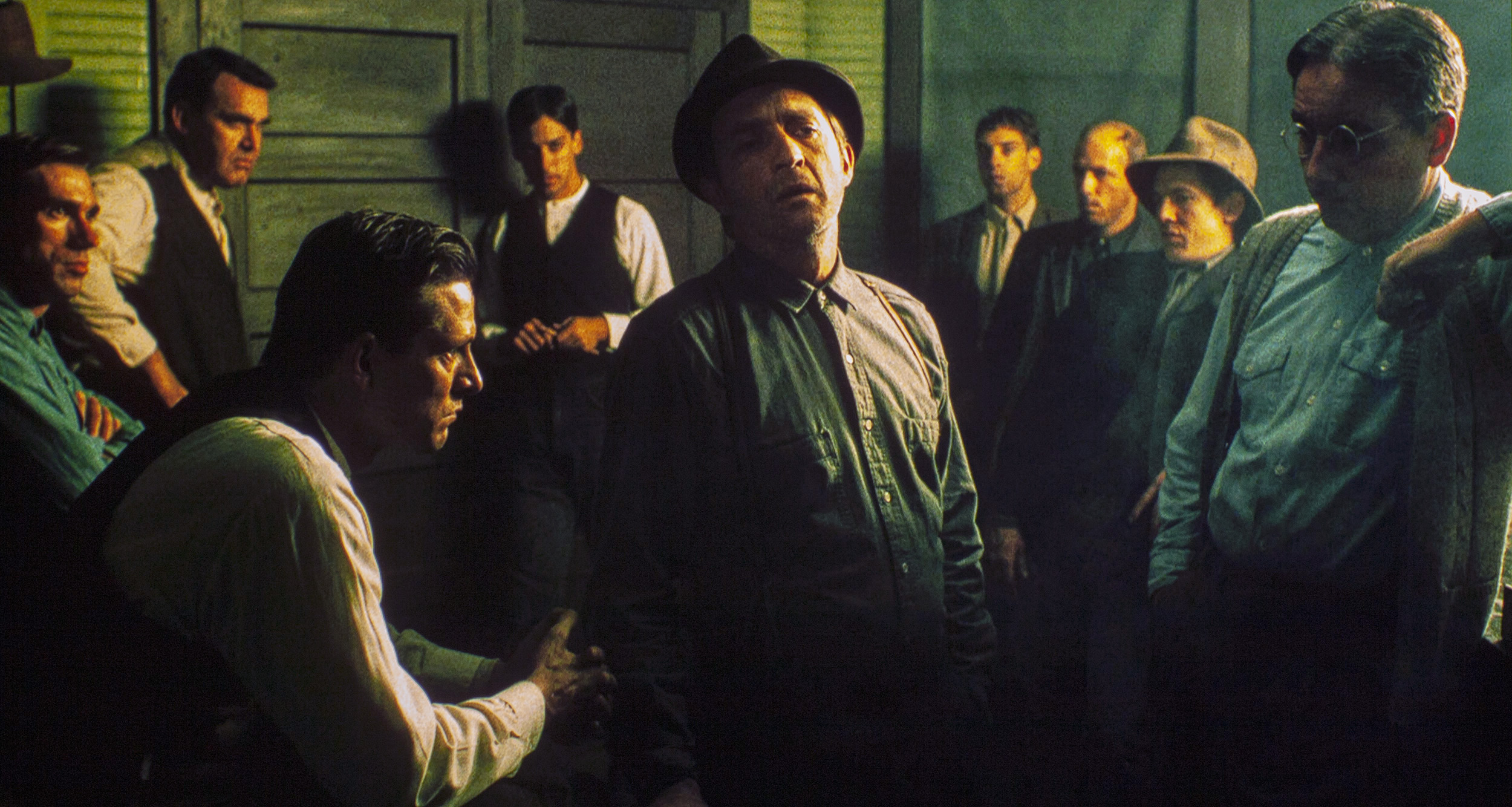 Best extra: “The Making of Matewan,” a new, two-part feature with writer/director John Sayles, longtime producer Maggie Renzi, and members of the cast and crew

IN HIS book, “Thinking in Pictures: The Making of the Movie ‘Matewan,’” writer/director John Sayles wrote that the movie landscape in 1987 wasn’t ideal for a “semi-epic period piece” in which “the story was political, the hero a socialist, the ending not upbeat, and there was no room … for a rock soundtrack.”

“Matewan,” his gripping account of the events that led to the bloody, May 19, 1920, clash between West Virginia coal miners and the union-busting gun thugs hired by the Stone Mountain Coal Company, opened at the peak of Ronald Reagan’s reign—six years after he fired 11,000 air-traffic controllers for not ending a strike—and on a weekend between the premieres of “Dirty Dancing” and “Fatal Attraction,” author/critic A.S. Hamrah writes in an accompanying essay.

There’s no question that the movie would have a hard time finding traction in 2019, but it’s a testament to Sayles’ uncompromising ideals that it still resonates: Criterion released “Matewan” less than a week after members of the United Auto Workers ended a 40-day strike against General Motors. That it was coincidental doesn’t make it less relevant.

Case in point: Hamrah connects the dots between President Warren Harding, who declared a national emergency in the wake of the Matewan Massacre and sent federal troops to support the coal bosses, Reagan, and Donald Trump, who declared his love for “beautiful West Virginia coal” and told the miners that he was putting them back to work, only to treat them like pawns.

(1) African-American and Italian miners from Alabama arrive in Mingo County. (2) Few Clothes (James Earl Jones) leads the black miners and doesn't realize they've been hired as scabs. (3) Local miners attack the out of town miners. (4) Director John Sayles plays a hardshell Baptist preacher. (5) Young Danny Radnor (Will Oldman) a teenage preacher/coal miner narrates the film. He and his mother Elma (Mary McDonnell) a young widow, who runs the local boardinghouse listen to the preacher. (6) Wexler used minimal lighting inside the coal mine to illuminate the miners.

In “Union Dues,” the first half of the new feature “The Making of Matewan,” Sayles recalls growing up around union activity in Schenectady, N.Y., at the time

the home of General Electric, and being “aware of the tension.”

“Matewan,” which unfolds like a Western, is plenty tense, but Sayles (“Eight Men Out,” “The Brother from Another Planet”) says he was “more interested in what brings people of different backgrounds together.” Union organizer Joe Kenehan (Chris Cooper in his feature-film debut) makes that clear when he arrives to broker the peace between the striking West Virginians and the Italian and African-American miners brought in by Stone Mountain.

“There ain’t but two sides: them that work and them that don’t,” he tells them in indicting the bosses. “You work and they don’t, and that’s all you need to know about the enemy.”

Young Danny Radnor (Will Oldham, who now makes music as Bonnie “Prince” Billy) is the film’s other conscience. A fiery, impassioned preacher when he isn’t working the mines, his eyes are opened when he watches the Baldwin-Felts Detective Agency goons cut open his friend’s throat. “All God’s plan is we get born and we take it from there,” he says at the graveside. 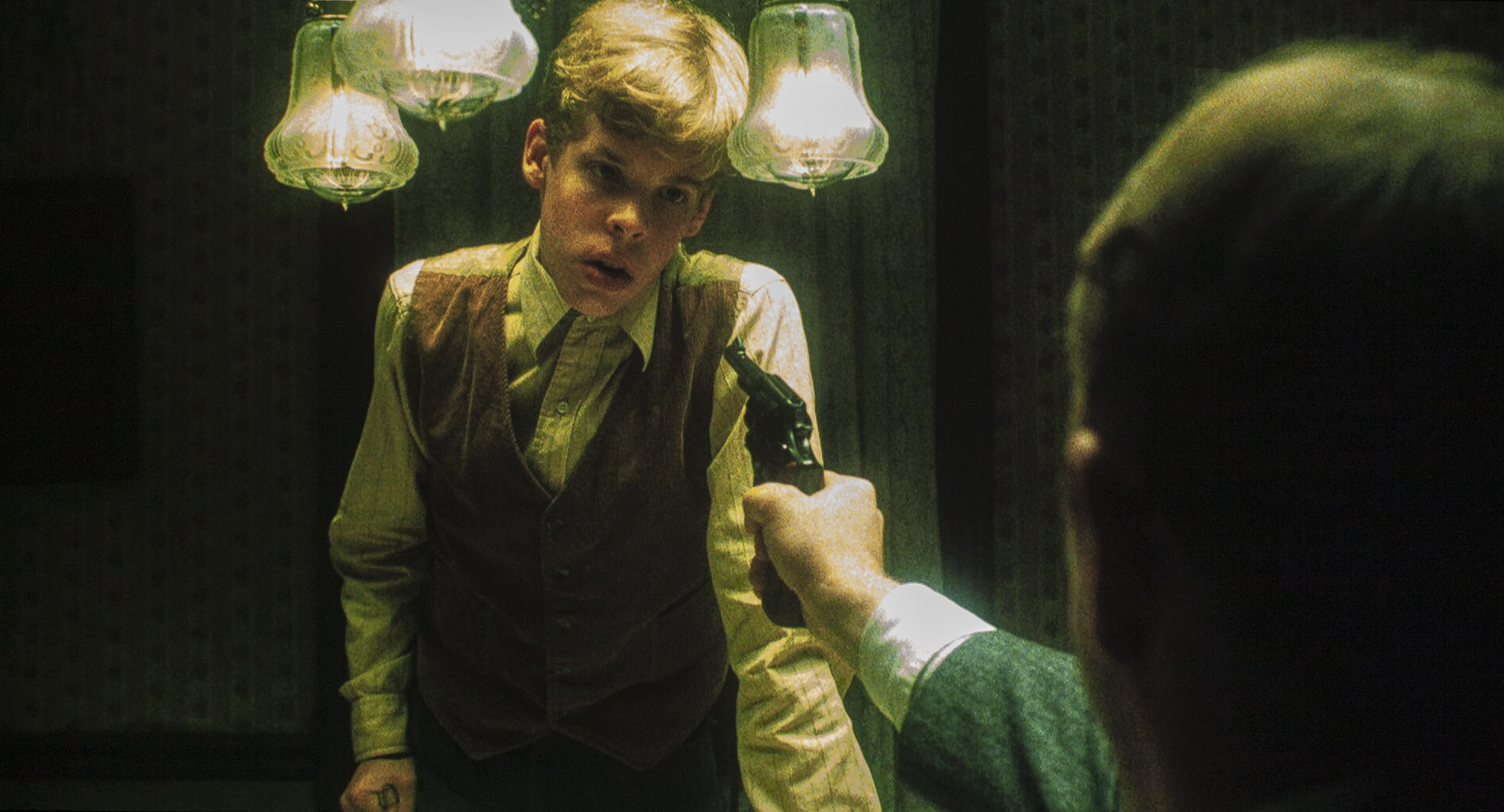 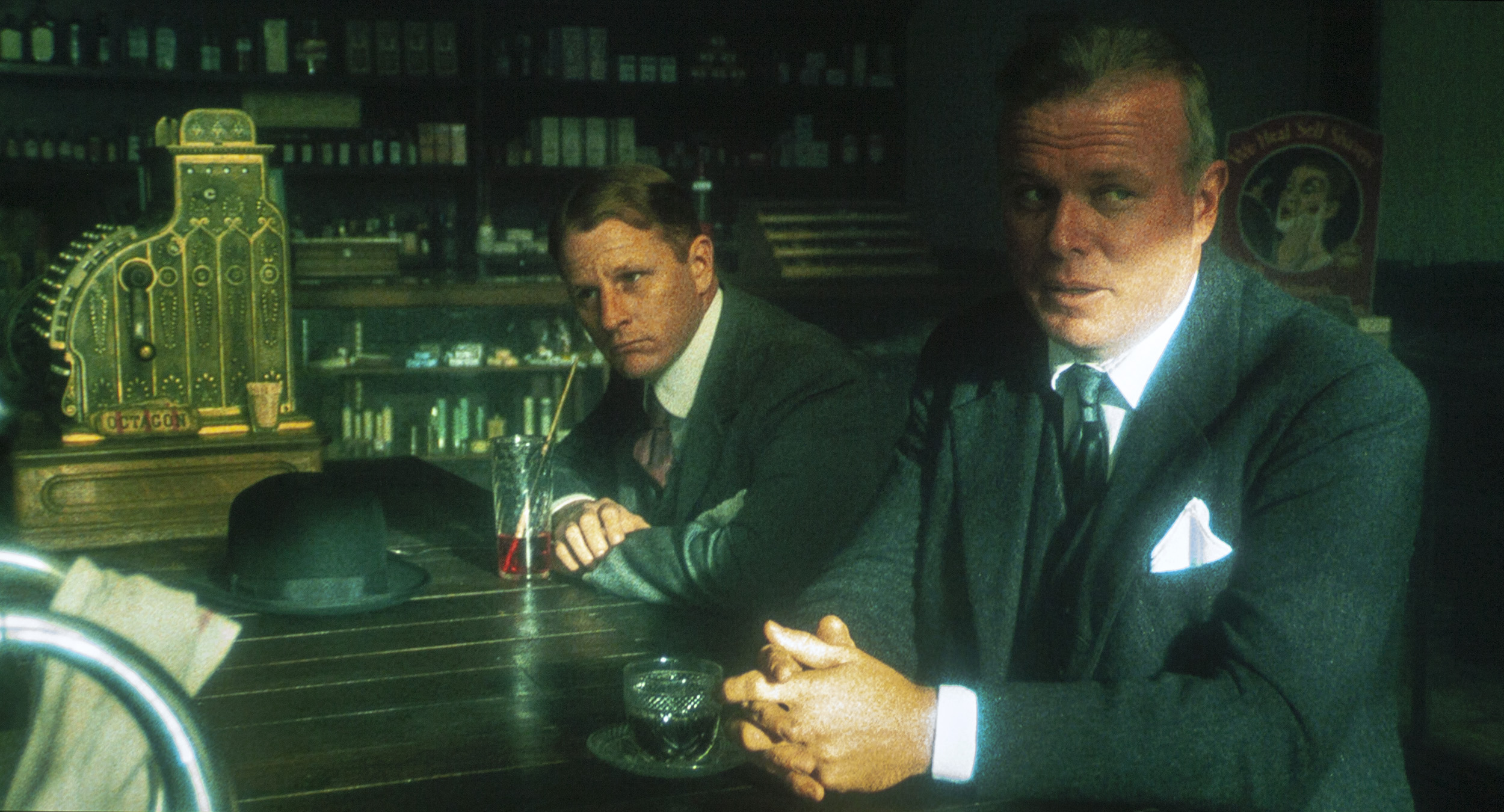 Mary McDonnell, who plays Danny’s mother Elma, James Earl Jones as the Alabama miner Few Clothes, Kevin Tighe and Gordon Clapp as the detectives Hickey and Griggs, and David Strathairn, who plays Sid Hatfield, the police chief who faced down the henchmen, stand out in a cast of standouts. Footnote: Hatfield, whose ancestors fought the McCoys, and a friend were gunned down in 1921 by Baldwin-Felts detectives in front of a county courthouse. The three men charged in their murders were acquitted.

Odds are that “Matewan” wouldn’t be nearly as memorable if Oscar-nominated cinematographer Haskell Wexler (he won for “Who’s Afraid of Virginia Woolf?” “Bound for Glory”) hadn’t manned the camera. Sayles says in “Union Dues” that he needed someone who knew how to work in natural conditions and approached Haskell after reading the book “Masters of Light.” The opening sequence, illuminated only by the miners’ carbide lamps, sets the bar.

Criterion has given “Matewan” a full ride with a crisp digital transfer remastered in 4K from the 35 mm original camera negative. It doesn’t sparkle by 21st century standards—there’s something about 1980s movies that speaks to their vintage—but it’s plenty good, with lush colors, deep blacks, and a consistent grain. Detail is sharp in the close-ups.

The restored original monaural soundtrack does the job, too: Dialogue and ambient sounds are clear and the mournful mountain songs sung a cappella by Hazel Dickens reach deep into your soul. 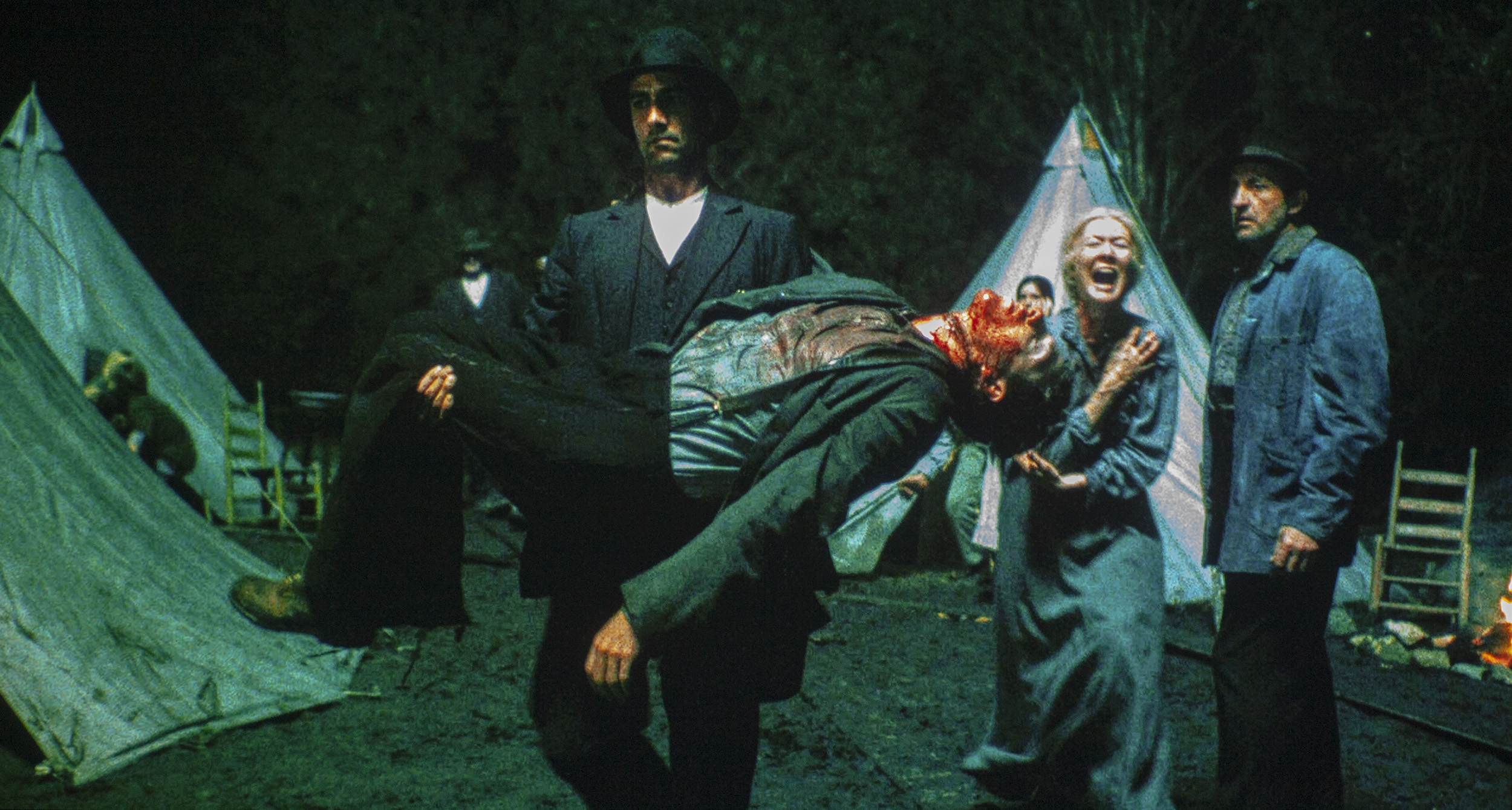 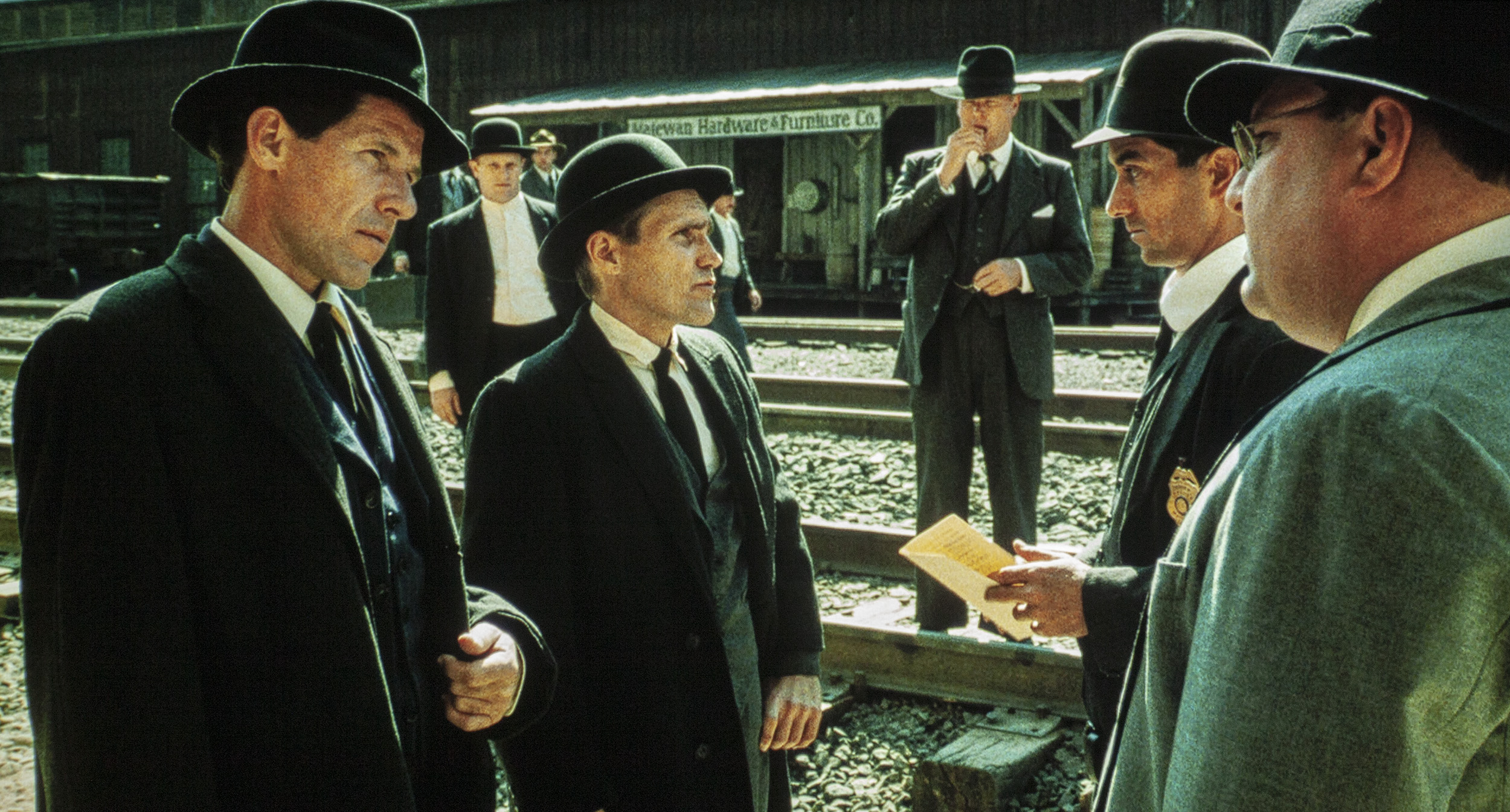 (1) Teenage miner Hillard is killed by Baldwin-Felts agents. (2 & 3) Additional agents arrive in town to break the union and hand Chief of Police Hatfield and Mayor Testerman a court order to evict families from coal company houses and for the arrest of Hatfield. (5) Danny gives the eulogy for his best friend Hillard.

“When I first come down to the mines, it was Hillard shown me what to do. He was a good coal miner, a good union man... and he always took care of his mama. All he wanted to do was live decent, that's all. You rest easy 'cause we’re going to take up where you left off.” — Danny Radnor

Other new extra include interviews with composer Mason Daring and production designer Nora Chavooshian. Rounding out the bonuses are a 2013 commentary with Sayles and Wexler and the revealing mini-documentary “Them That Work,” which recounts “Matewan’s” impact in the Mountain State. Until it was made, many West Virginians hadn’t even heard of the massacre, a whitewash that more than one contributor decries as a disservice to American and state history.

That isn’t likely to happen again.

“If we ever made a movie against the grain, this was it,” Maggie Renzi, Sayles’ longtime producer, says in “Union Dues.” “[It] won’t die because unions won’t die—even though so many have worked against the idea of workers uniting with each other.” 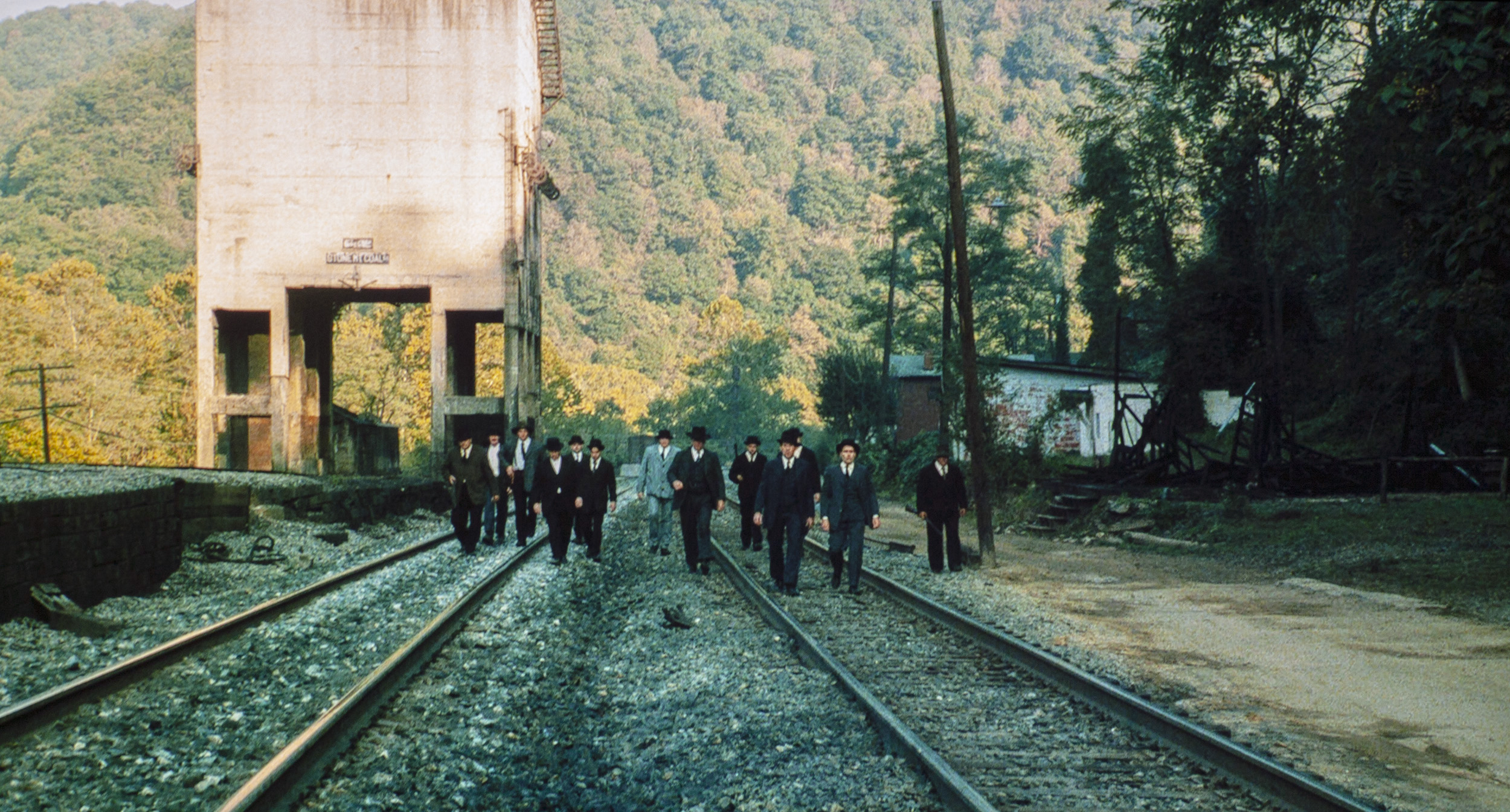 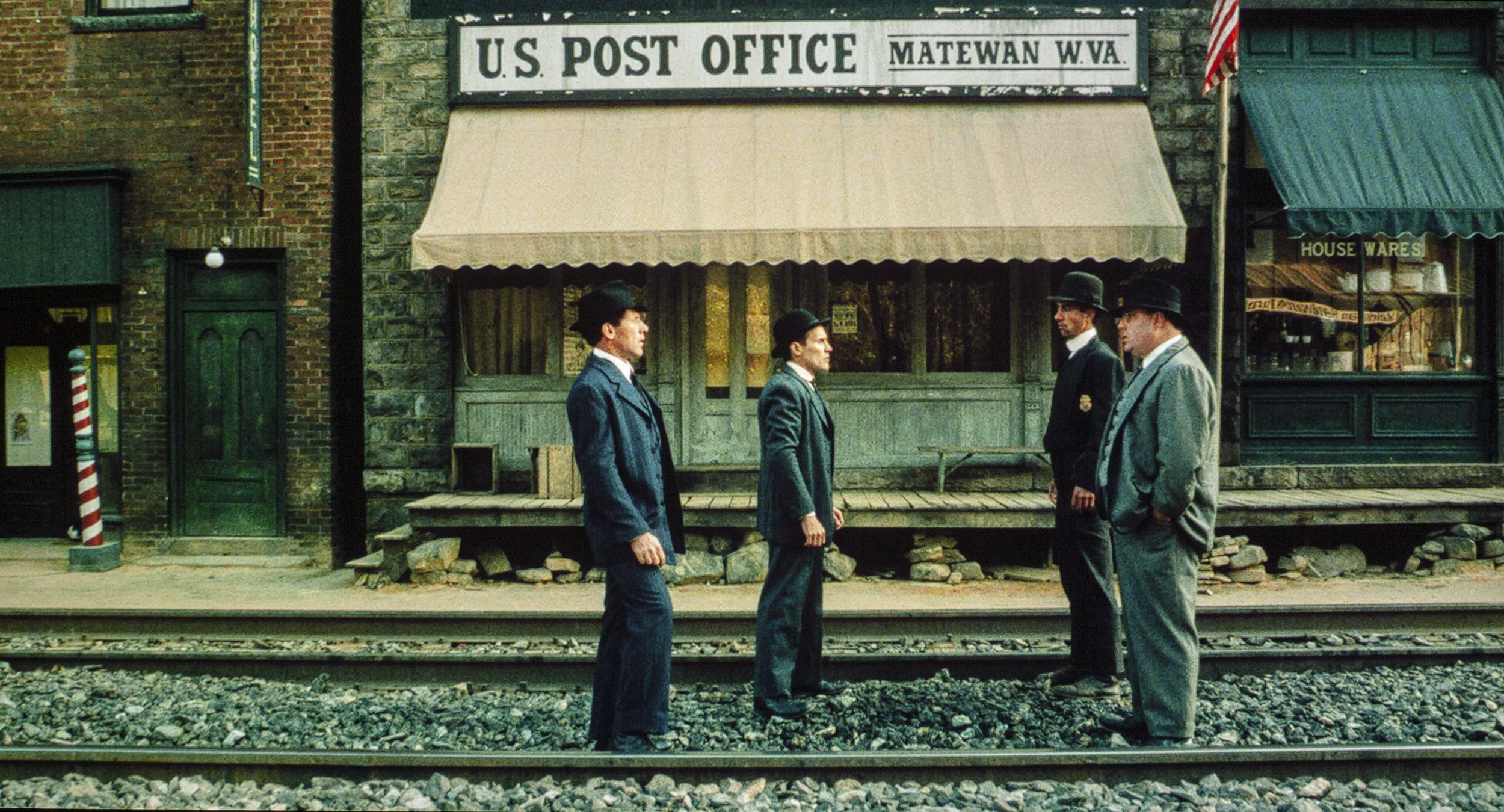 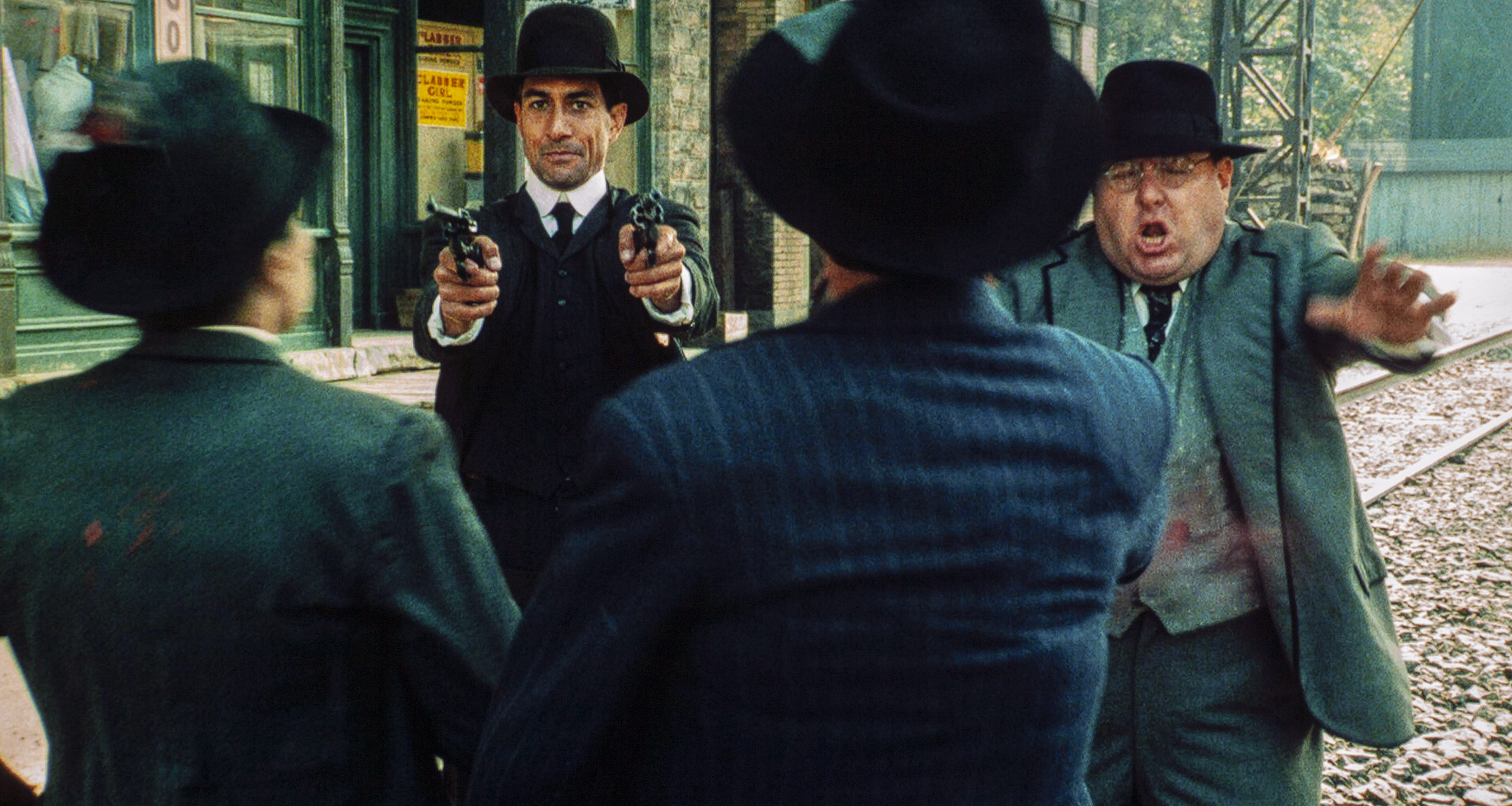 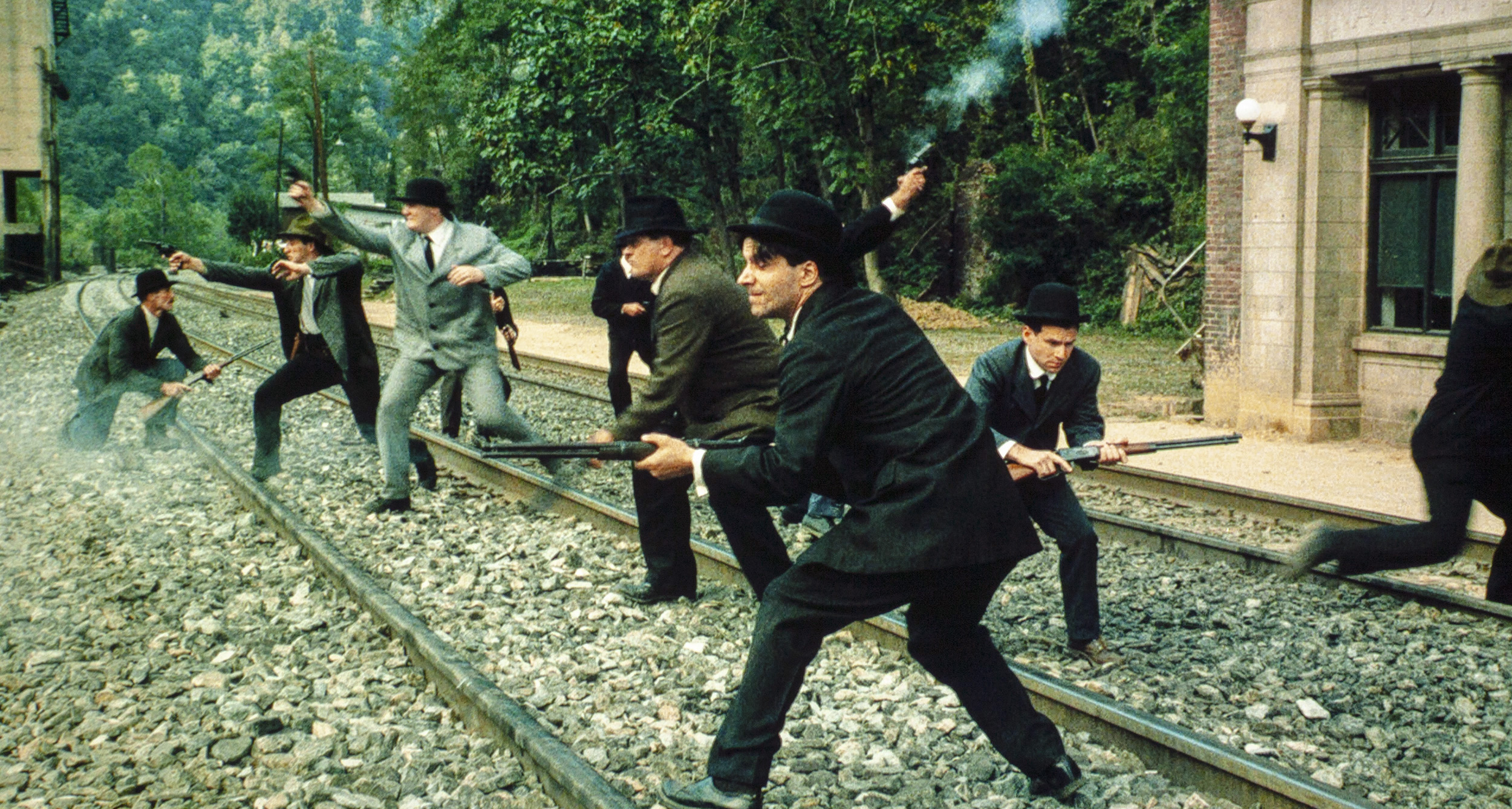 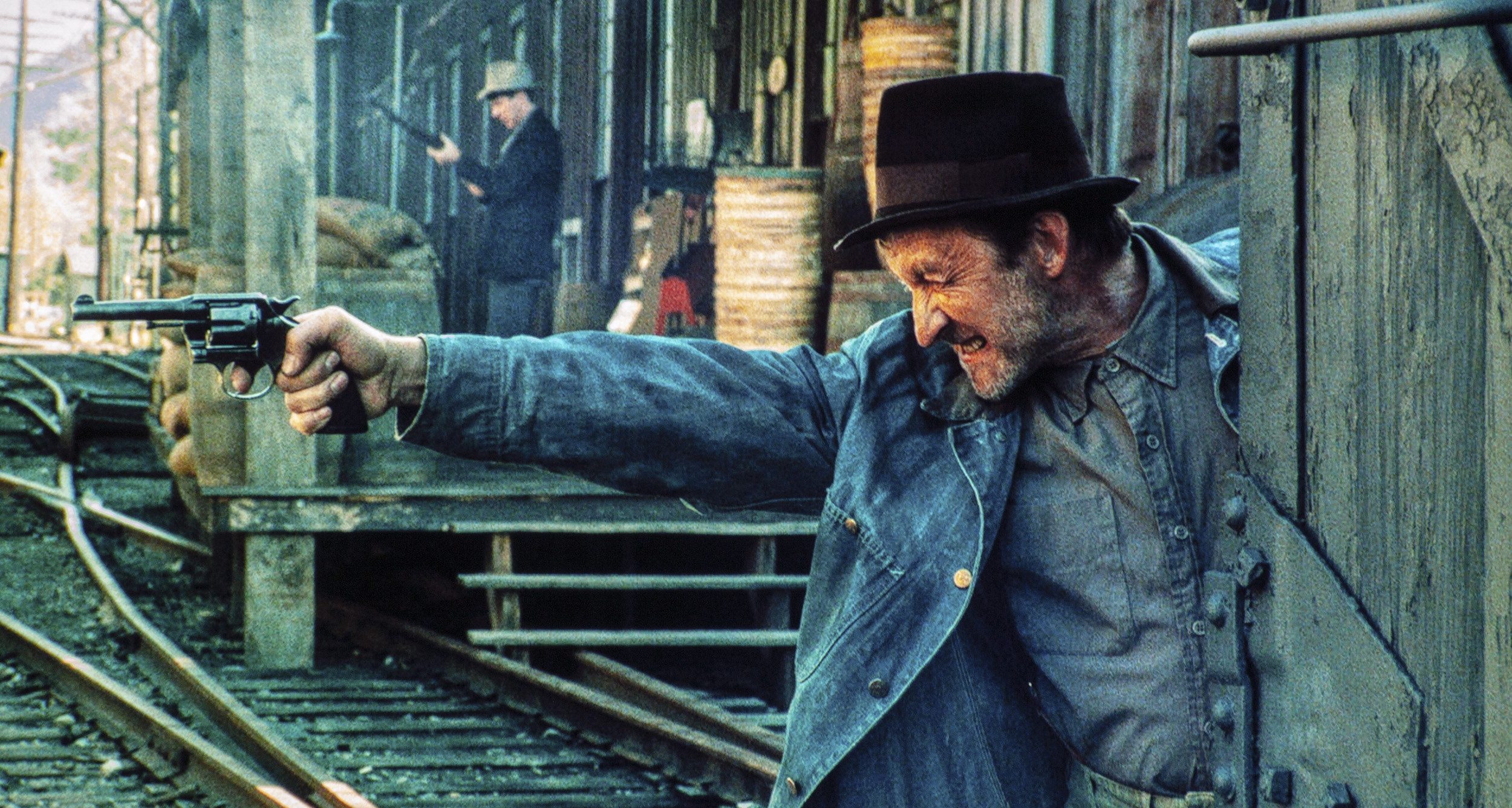 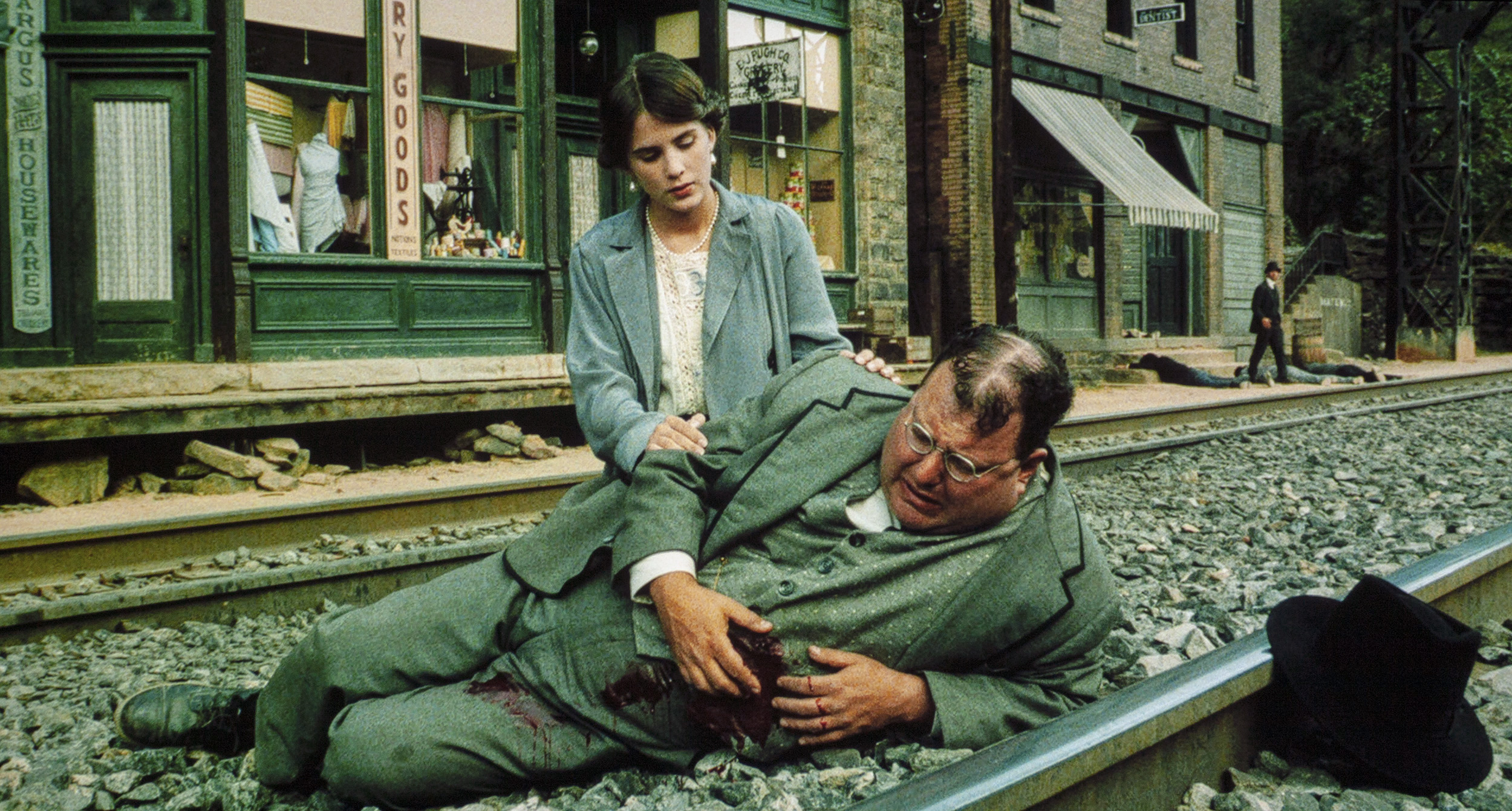 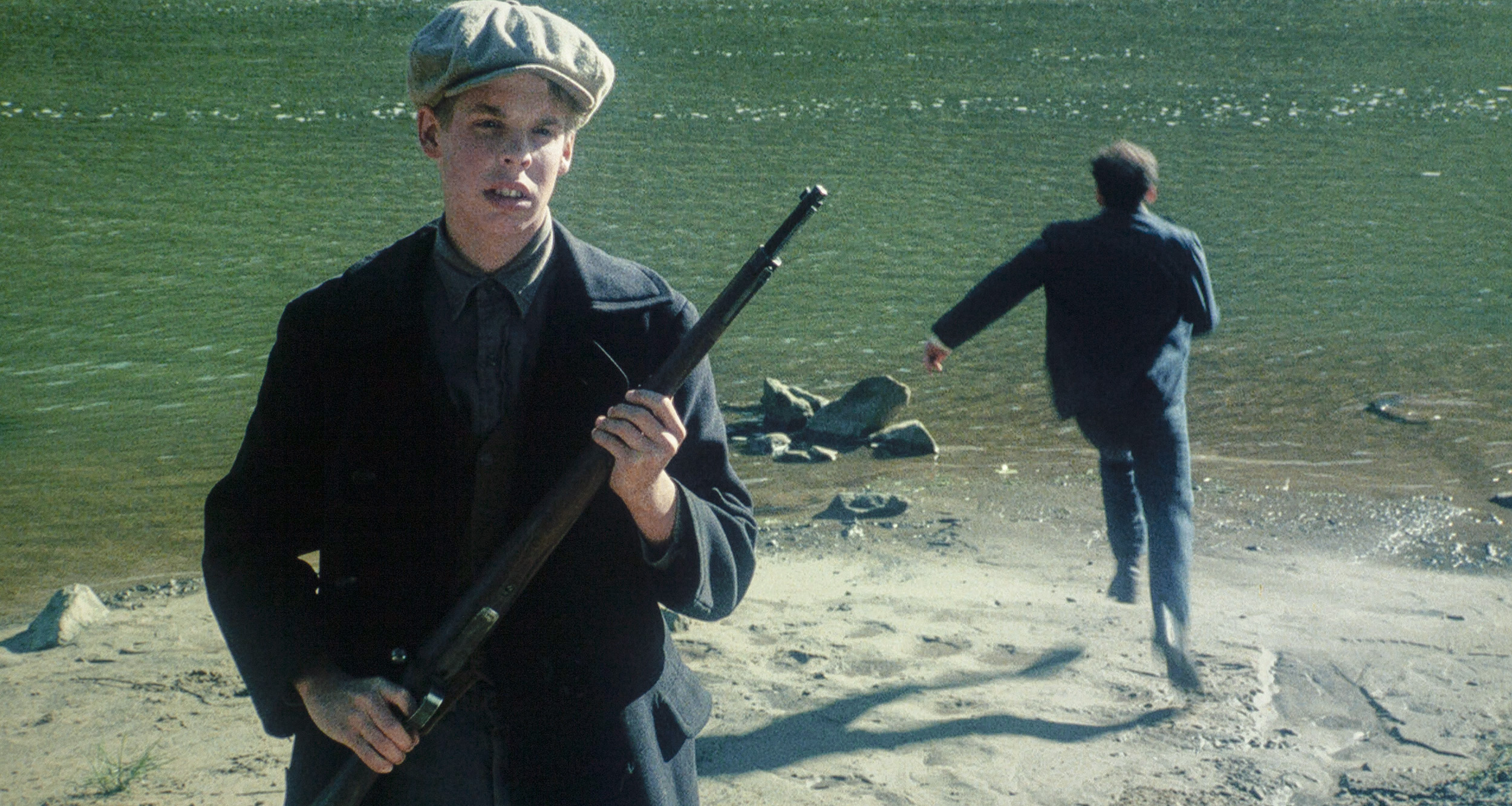 (1) Hired “gun thugs” march down the railroad tracks to confront the chief of police and mayor in the climactic Battle of Matewan. Sayles structured the film much like a Western. (2-6) Unbeknownst to the agents, they are surrounded by armed miners. Seven Baldwin-Felts detectives and three townspeople, including the mayor, are killed in the gun battle. (7) Standing guard along the Tug Folk, which separates West Virginia and Kentucky, Danny lets an agent go after he pleads for his life.